Bato slams ‘biased’ US over ‘canceled’ visa: Did I order killing of drug suspects? | Inquirer News

Bato slams ‘biased’ US over ‘canceled’ visa: Did I order killing of drug suspects? 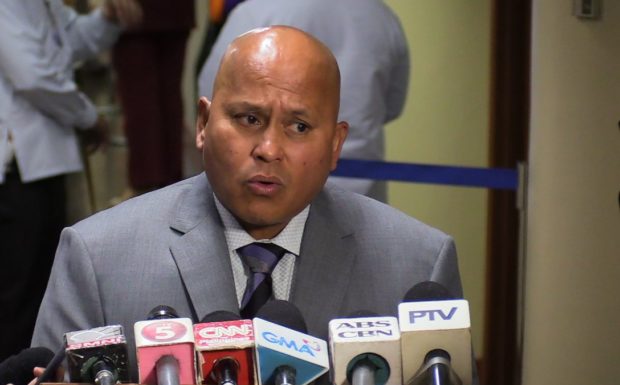 MANILA, Philippines — Senator Ronald “Bato” dela Rosa blasted the United States for being “very biased” if indeed his US visa has been canceled due to his alleged involvement in extrajudicial killings (EJKs) in the country.

“Granting that it’s true na ang (that the) basis ng (of) cancellation is ‘yung (the) involvement [in] EJK, well they are very biased, they are misinformed, they are misled by their informants,” he told reporters on Monday.

(You, the media, right here in the Philippines, did I encourage to kill the drug suspects? did I order to kill? Did I cover up the wrongdoings of our policemen?)

Dela Rosa was responding to a reporter’s question that the basis of the cancellation of his US visa was his supposed role on EJKs.

While he has yet to inquire from the US embassy about the status of his visa, the senator said he has been hearing about the rumor even before it was reported over the weekend.

READ: Dela Rosa considering US trip to see if he would be denied entry

The senator admitted that he was dismayed by such reports.

But Dela Rosa also recognized that the issuance of visa by any country is a privilege being given to a person, and not a right.

(It’s a privilege that they allow us to go to their country, let’s be thankful.)

(If they will now ban me, it’s still okay. I’m still thankful that at least I experienced going to America a couple of times already)