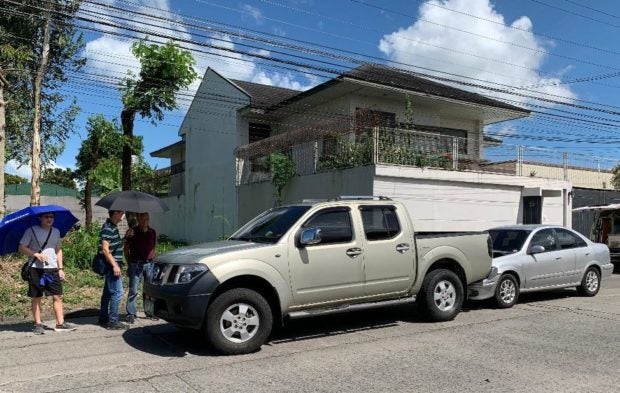 The car of businessman Roberto “Kaishek” Lo Tan hit a pickup moving ahead of it after he was killed by assassins. (Photo by CARLA GOMEZ / Inquirer Visayas)

BACOLOD CITY, Philippines — A businessman was killed in an ambush on CL Montelibano Avenue in Barangay Estefania in this city at around 9:45 a.m. on Sunday, Dec. 15.

Roberto “Kaishek” Lo Tan, 70, was driving his Nissan Sentra car when two men onboard a motorcycle overtook his vehicle and fired six times at him.

The suspects then fled going west after the incident.

Relatives of the victim complained that while the incident happened at 9:45 a.m. the body of the businessman was not extracted from the driver’s seat of the car for close to two hours as the Scene of the Crime Operatives arrived at 11:44 a.m.

While waiting for the SOCO, Fr. Felix Pasquin arrived at the scene to bless the body.

How ‘The Filipino Instant Pot Cookbook’ hit the spot