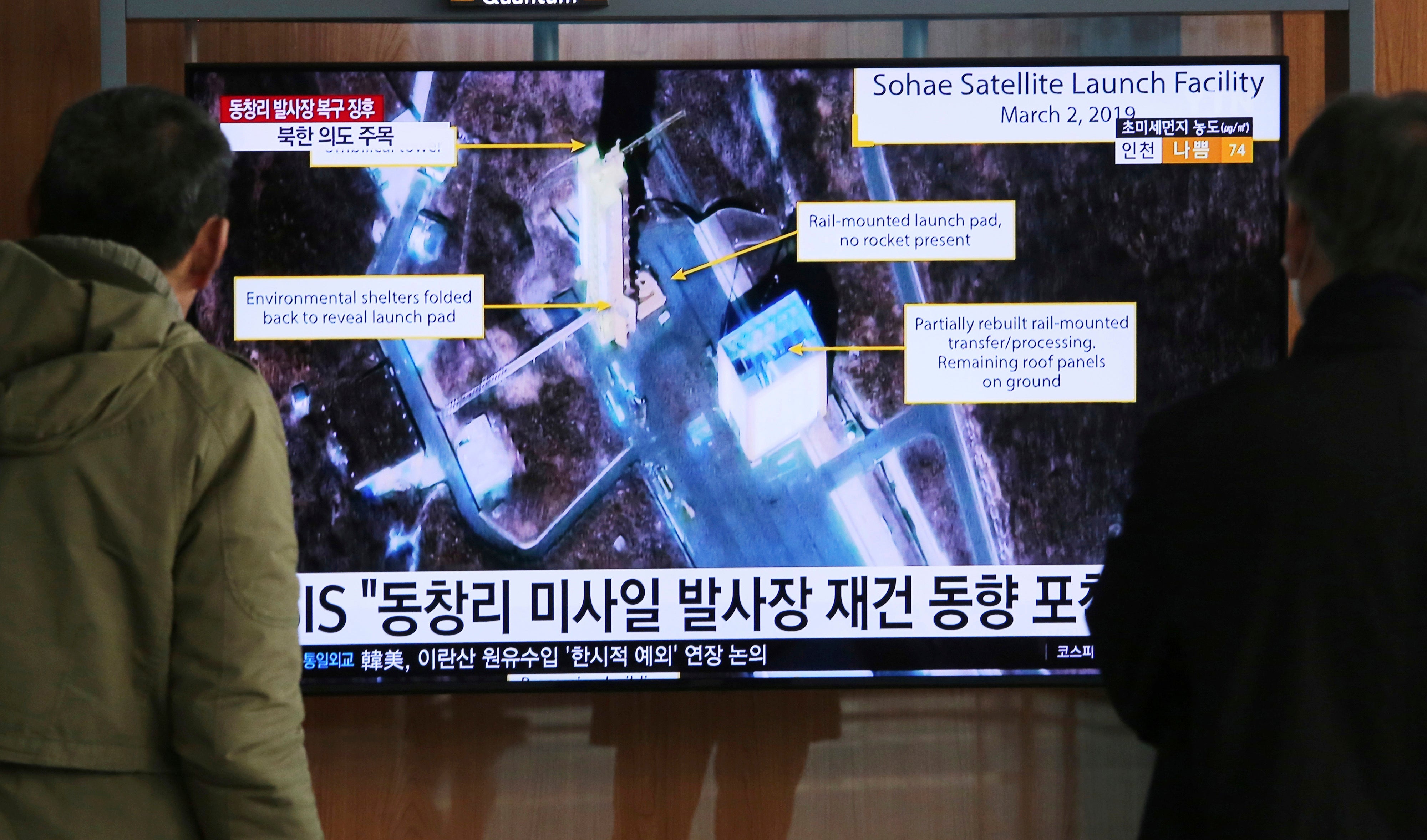 The announcement comes as North Korea continues to pressure the Trump administration for major concessions as it approaches an end-of-year deadline set by leader Kim Jong Un to salvage faltering nuclear negotiations.

North Korea’s Academy of Defense Science did not specify what was tested on Friday. Just days earlier, the North said it conducted a “very important test” at the site on the country’s northwestern coast, prompting speculation that it involved a new engine for either an ICBM or a space launch vehicle.

The announcement suggests that the country is preparing to do something to provoke the United States if Washington doesn’t back down and make concessions to ease sanctions and pressure on Pyongyang in deadlocked nuclear negotiations.

An unnamed spokesman for the academy said scientists received warm congratulations from members from the ruling Workers’ Party of Korea Central Committee who attended the test that was conducted from 10:41 to 10:48 p.m. Friday at the Sohae Satellite Launching Ground, where the North has conducted satellite launches and liquid-fuel missile engine tests in recent years.

The spokesman said the successful outcome of the latest test, in addition to the one on Dec. 7, “will be applied to further bolster up the reliable strategic nuclear deterrent of the Democratic People’s Republic of Korea,” referring to North Korea’s formal name.

Kim Dong-yub, a former South Korean military officer and currently an analyst from Seoul’s Institute for Far Eastern Studies, said the North mentioning its nuclear deterrent makes it clear it tested a new engine for an ICBM, not a satellite-launch vehicle. Kim said it was notable that North Korea announced the specific length of the test, which he said possibly signals a larger liquid-fuel ICBM engine.

North Korea’s current ICBMs, including the Hwasong-15, are built with first stages that are powered by a pair of engines that experts say are modeled after Russian designs. When the North first tested the engine in 2016, it said the test lasted for 200 seconds and demonstrated a thrust of 80 tons-force.

During a provocative run of weapons tests in 2017, Kim Jong Un conducted three flight tests of ICBMs that demonstrated potential range to reach deep into the U.S. mainland, raising tensions and triggering verbal warfare with President Donald Trump as they exchanged crude insults and threats of nuclear annihilation. Experts say that the North still needs to improve the missiles, such as ensuring that their warheads survive the harsh conditions of atmospheric reentry, for them to be considered a viable threat.

Relations between Kim and Trump became cozier in 2018 after Kim initiated diplomacy that led to their first summit in June that year in Singapore, where they issued a vague statement on a nuclear-free Korean Peninsula, without describing when or how it would occur.

But negotiations faltered after the United States rejected North Korean demands for broad sanctions relief in exchange for a partial surrender of the North’s nuclear capabilities at Kim’s second summit with Trump in Vietnam in February.

Trump and Kim met for a third time in June at the border between North and South Korea and agreed to resume talks. But an October working-level meeting in Sweden broke down over what the North Koreans described as the Americans’ “old stance and attitude.”

Kim, who unilaterally suspended nuclear and intercontinental ballistic missile tests last year during talks with Washington and Seoul, has said North Korea could seek a “new path” if the United States persists with sanctions and pressure against the North.

North Korea has also conducted 13 rounds of ballistic missile and rocket artillery tests since May, and has hinted at lifting its moratorium on nuclear and long-range missile tests if the

Some experts doubt that Kim would revive the tensions of 2017 by restarting nuclear and ICBM tests, which would cross a metaphorical “red line” and risk shattering his hard-won diplomacy with Washington. They say Kim is likely to pressure Trump with military activities that pose less of a direct threat to the U.S. and by bolstering a united front with Beijing and Moscow. Both are the North’s allies and have called for the U.N. Security Council to consider easing sanctions on Pyongyang to help nuclear negotiations move forward.

Saturday’s news of the test came after U.S. Ambassador Kelly Craft criticized the North’s ballistic testing activity during a U.N. Security Council meeting on Wednesday, saying that the tests were “deeply counterproductive” and risk closing the door on prospects for negotiating peace.

She also cited North Korean hints of “a resumption of serious provocations,” which she said would mean they could launch space vehicles using long-range ballistic missile technology or test ICBMs, “which are designed to attack the continental United States with nuclear weapons.”

While Craft said that the Trump administration is “prepared to be flexible” and take concrete, parallel steps toward an agreement on resuming talks, North Korea described her comments as a “hostile provocation” and warned that Washington may have squandered its chance at salvaging the fragile nuclear diplomacy.