MANILA, Philippines–The Supreme Court has upheld the murder conviction of Jason Ivler for killing the son of a former Malacañang official in a road rage incident in Quezon City in 2009.

In a two-page resolution dated Nov. 11, 2019, the High Court’s Second Division dismissed the appeal filed by Ivler for “failure to sufficiently show that the Court of Appeals committed any reversible error in the assailed decision as to warrant the exercise of the Court’s appellate jurisdiction.”

Aside from affirming the penalty of reclusion perpetua or up to 40 years of imprisonment, the High Court has modified the damages awarded to the family of his victim, then 27-year old Renato Ebarle Jr. 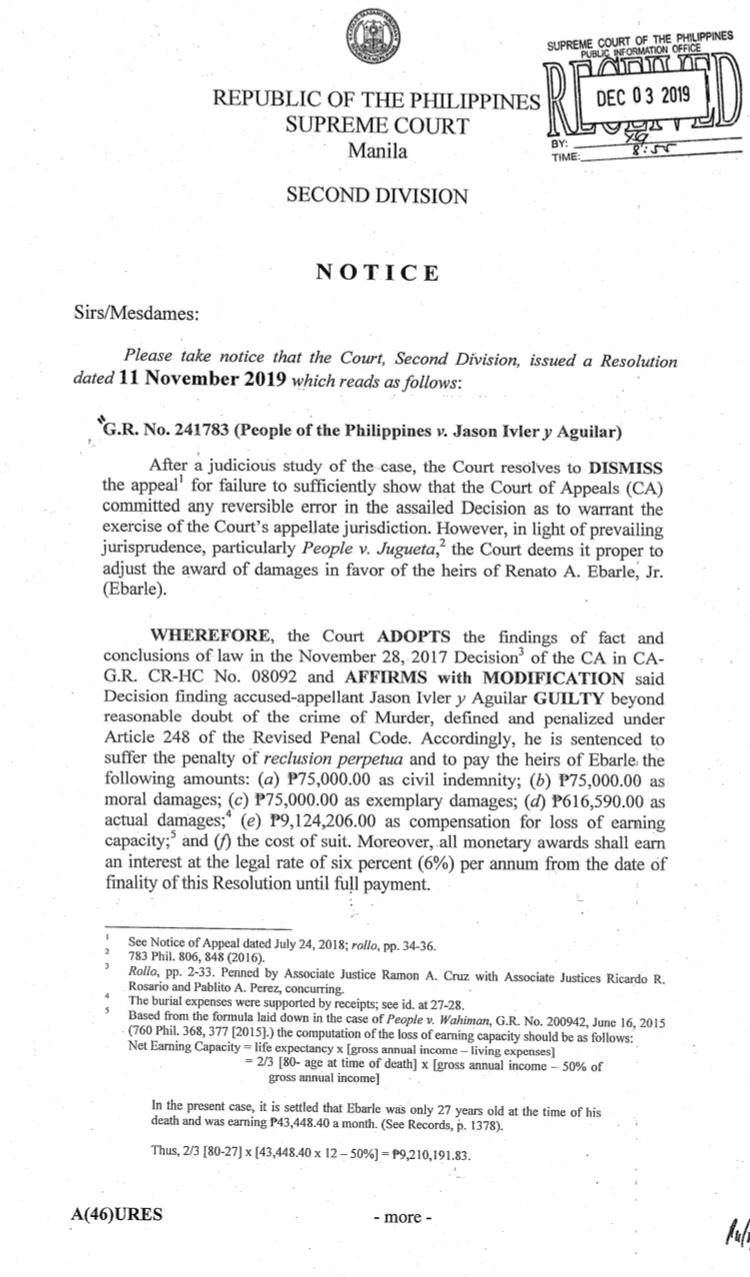 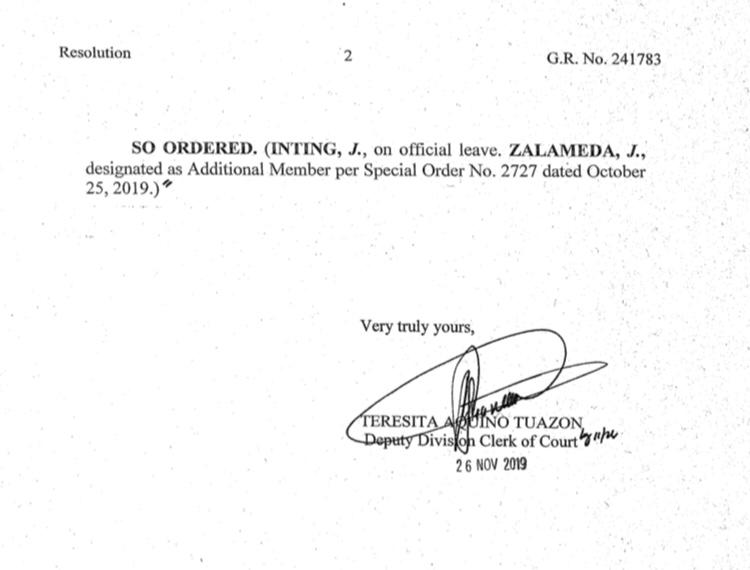 The High Court also ordered the family of Ivler to compensate Ebarle’s family for the loss of earning capacity in the amount of P9.12-million. The amount will be on top of the other penalties that needed to be paid–the P616,590 in actual damages or the cost of the burial expenses, P75,000 in moral damages, P75,000 in exemplary damages, and P75,000 in civil indemnity.

The Quezon City Regional Trial Court (RTC) Branch 84 and the Court of Appeals, in their respective decisions were not able to account for Ebarle Jr.’s loss of earning capacity. The High Court also said that all monetary awards shall earn an interest of 6 percent per annum from the date of finality of its ruling until full payment.