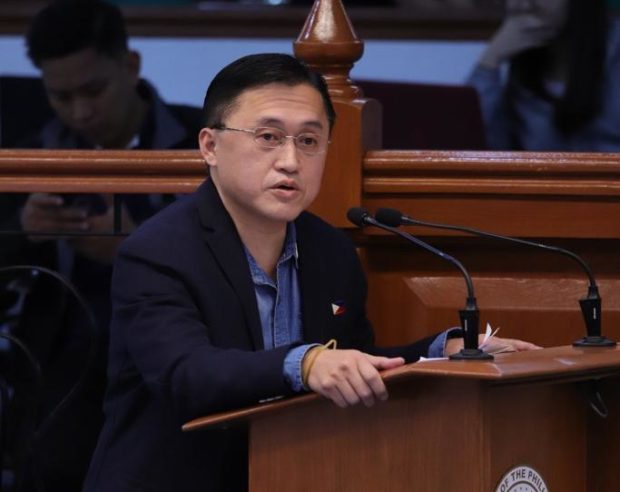 MANILA, Philippines — Harassing his critics is not President Rodrigo Duterte’s “cup of tea,” according to his former aide and now Senator Christopher “Bong” Go.

(Do not intrude in things you don’t know about. Know the truth first. The President did not politically harassed anyone, he’s not like that.)

(I said that after his term, after our term, we will go back to Davao. Harassing fellow politicians is not his cup of tea, not his style.)

The US Senate foreign relations committee earlier approved a resolution, which was filed by five American lawmakers last April, urging the Philippine government to drop the charges against De Lima as well as those against journalist and Rappler CEO Maria Ressa.

It further condemned the “harassment, arrest, and unjustified judicial proceedings against the media and journalists, in particular, the proceeding against Rappler and Maria Ressa.”

Go, however, questioned why the US senators are supposedly meddling in the domestic affairs of the Philippines.

(What is their business here in the Philippines, the US Senate? Why are they intruding in the affairs of the Philippines. Are they senators in our country?)

De Lima, a staunch critic of the Duterte administration, has been in detention inside Camp Crame – headquarters of the Philippine National Police – since February 2017 on drug charges, which the lady senator has repeatedly denied and branded as “trumped-up.”

When she was chair of the Commission on Human Rights, De Lima investigated Duterte’s involvement in the so-called Davao Death Squad (DDS) which was suspected of the unexplained executions in Davao City where he was the mayor.

As a senator, she earned Duterte’s ire by initiating a Senate probe into the alleged extrajudicial killings in the country.

But Go defended Duterte, saying that the President is too old to waste his time on his critics.

(He’s not harassing anyone. He is already 74 years old, he has no other interest than to work for every Filipino).

Two other senators–Senate President Vicente Sotto III and Senator Imee Marcos–have also rejected the resolution, saying that the Philippines is no longer a colony of the US.