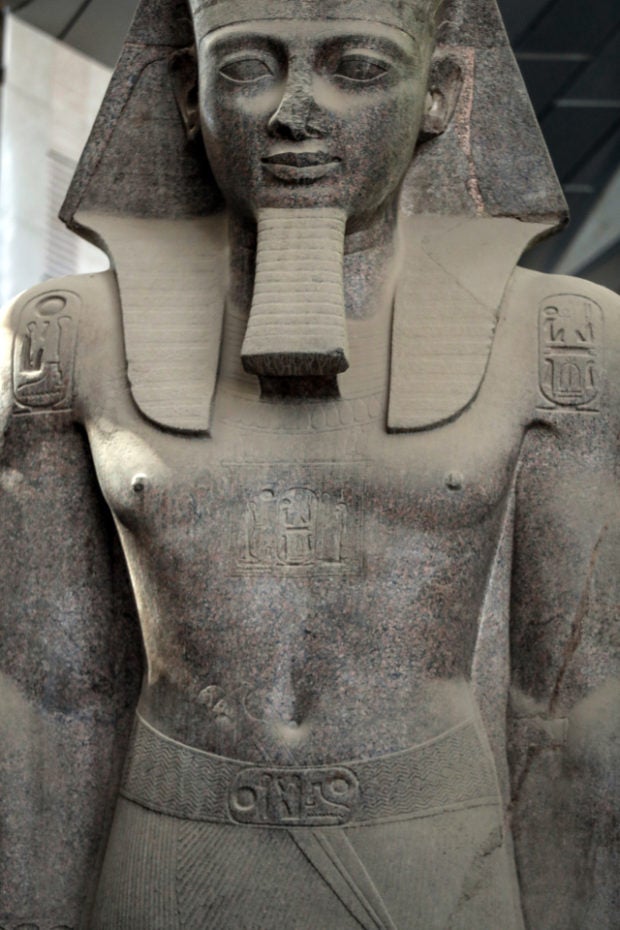 A “rare” bust of a statue of the pharaoh Ramses II has been discovered near Giza, south of Cairo, the Egyptian Antiquities Ministry announced Wednesday.

The statue is the first rose granite bust of Ramses II found that includes the “ka” symbol, according to a statement from the ministry, which described the find as “rare.”

Ka represented in ancient Egypt the spirit of a human or god that could reside in a statue of the person or deity after death.

The excavation last week by a ministry team took place on private land in Mit Rahina near the site of the ancient city of Memphis around 30 kilometers (20 miles) south of Cairo, the statement added.

Egypt has in recent years sought to promote archaeological discoveries across the country in a bid to revive tourism, which took a hit from the turmoil that followed its 2011 uprising. RGA

Read Next
Facebook firm on message encryption despite pressure
EDITORS' PICK
Nestlé Philippines’ ‘NESCAFÉ Plan’ bags Grand Anvil at PRSP 56th Anvil Awards
Pope Francis to meet top cleric Sistani on second day in Iraq
Smart reinforces superiority with best speed and mobile video experience in PH
Don’t waste the hope of vaccines, warns WHO
Every Filipino home can now be a smart home with realme TechLife
822 NPA-free barangays set to get P20-M gov’t aid — Esperon
MOST READ
So: I lacked connections to succeed in PH ‘culture’
Gerald admits being with Julia, reveals breakup with Bea through ‘too many conversations’
Robredo on Sara Duterte leading poll surveys: Why are Filipinos drawn to leadership of this kind?
Giant clams worth P160M seized in Palawan raid
Don't miss out on the latest news and information.