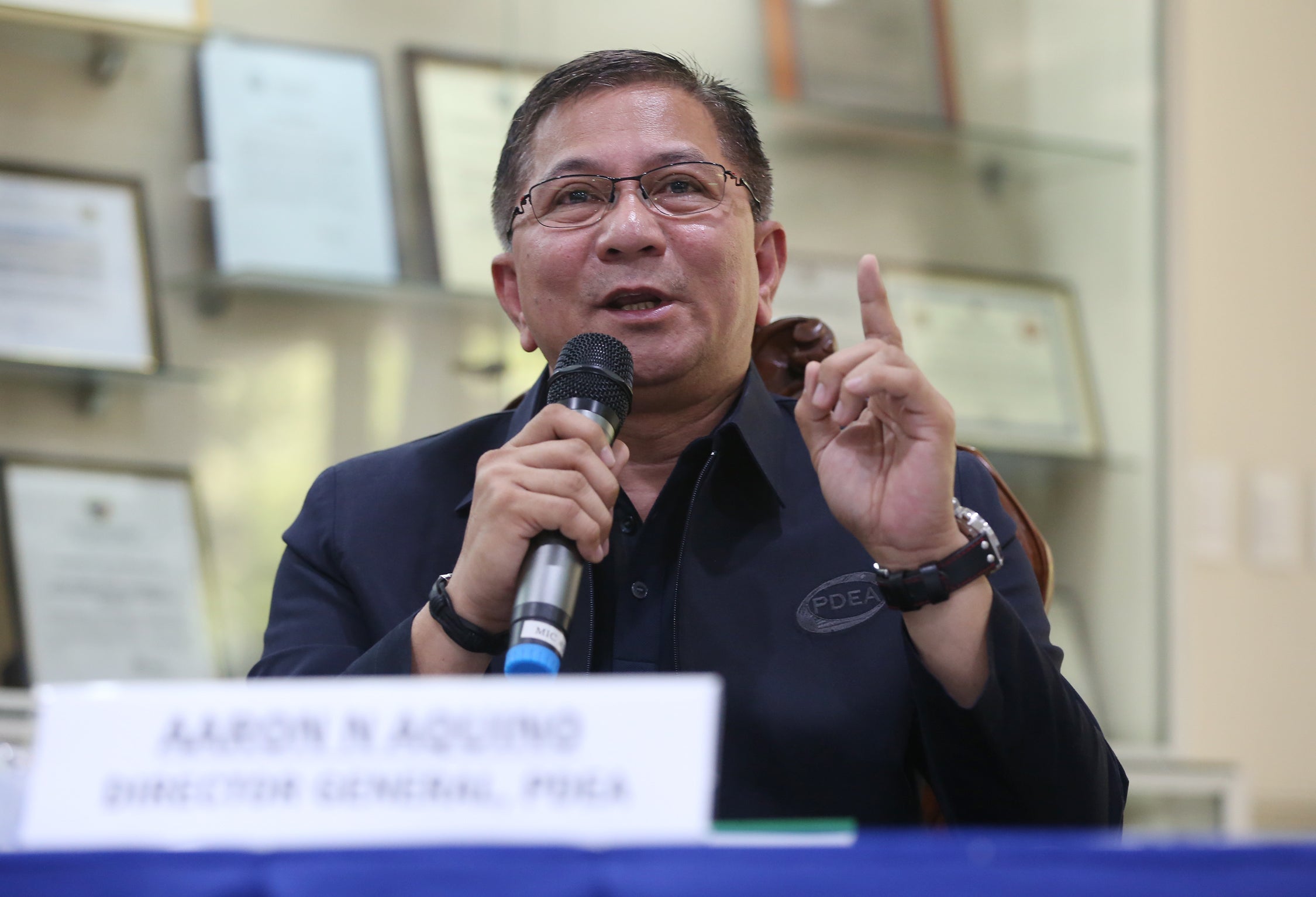 MANILA, Philippines—The Philippine Drug Enforcement Agency (PDEA) is on the lookout for about 186 local drug groups currently operating in the Philippines.

“Based on our report, I think we have about 186 local drug groups in the Philippines,” PDEA chief Aaron Aquino bared in a Palace briefing Thursday.

However, Aquino cannot quantify how many international drug rings are in the country but he cited the recent capture of alleged drug lord Hong Liangyi, the supposed head of the Dragon Wu drug syndicate.

Aquino said PDEA is coordinating with their Chinese counterparts to go after other members of the Dragon Wu group. He added that the group traces its roots to the so-called “Golden Triangle” area which is notorious for being a drug-producing region.

The PDEA chief also revealed that they are currently monitoring several “Chinese-looking” individuals who pose as divers to search for cocaine in Bicol and Caraga areas.

“We are now conducting investigations because marami tayong nakikitang mga Chinese-looking persons na nagco-conduct ng diving diyan sa mga areas na ‘yan kung saan ang discoveries ng cocaine pero hindi naman diving sites (there are many Chinese-looking persons who go diving in those areas where cocaine has been discovered, even though those are not diving sites),” he said.

“Kunwari nagda-dive sila (They make it appear that they are just divers) but maybe they are trying to search other cocaine in that particular waters,” he added

Authorities previously recovered multiple blocks of cocaine found floating at sea or washed ashore in Camarines Norte, Dinagat Islands and in other areas such as Siargao Island, Surigao del Norte, and Quezon.