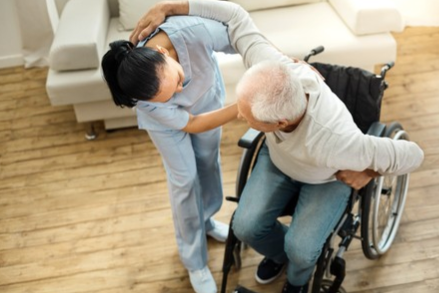 Life used to be comfortable for Helen*, until her water refilling station business failed and her husband, a seaman, had a stroke. In a blink, the comforts her family were once accustomed to had vanished, prompting her to leave Cavite and fly to the United States where she overstayed her tourist visa.

It has been seven years since then. Helen works as a caregiver in Northern California, looking after a kind elderly Filipino woman who has a dual citizenship. Helen cooks the old woman’s food, feeds her, and washes and cleans after her — things she could be doing for her husband had she stayed in the Philippines. Except, her husband has been placed in a care home following his stroke, while her youngest daughter, who was only in fourth grade when she last saw her, is now in her latter years of high school, with a life and friends of her own.

(I do not get homesick anymore. Because we already have technology, I can more frequently talk to my loved ones to check up on them. Stress is my only enemy left. Whenever I am stressed, I got out for a while to breathe and get fresh air.)

Helen was not afraid to overstay and become an undocumented immigrant. Before she left the Philippines, she spoke to friends and acquaintances who went down the same route. Nobody denied that however much she makes in the U.S. would be far bigger than what she ever earned here, so Helen pushed through, but with an almost calculated awareness that her decision to overstay would come with its costs.

(I have experienced so many forms of discrimination. When they know about your situation, you get abused, especially by your own people. The salary is low and you are overworked.)

In face of a crackdown, they’re on their own

President Donald Trump has been explicit about deporting undocumented immigrants, with immigration being a central theme in his 2016 Presidential campaign. Last June, he threatened to remove millions who have illicitly found their way into the U.S. An official from Trump’s administration then said the crackdown would center on the over one million undocumented immigrants who were given final deportation orders by federal judges, but still remained in the U.S.

President Rodrigo Duterte, meanwhile, warned undocumented Filipino immigrants in the United States back in January 2017. He said he would not lift a finger should Filipinos be caught and deported, adding he would not interfere in the immigration policies of Trump.

Meanwhile, Helen has been living unassumingly in the U.S. for the past couple of years and never once considered that she might be deported.

“Bahala na Dios (I leave it to God),” she said on the thought of being sent home. It’s a familiar phrase uttered often by Filipinos, its intimation not lost on her and her reliance on divine fatalism. “Wala naman ako ginagawa na magiging sagabal or pagiging abusado dito kaya hindi ko na naisip yun.”

(I do not do anything here that would cause any problem or is excessive, so I do not think about being deported anymore.)

But for James*, the thought of deportation crossed his mind during his first few months in the U.S. He left Nueva Ecija over nine years ago in September 2010, following a career in the Armed Forces of the Philippines. It seemed easier for him to leave, considering that his three sons were already adults then, while he and his wife had gotten comfortable being apart since he was in the service. One of his sons works for a construction company today, another is in Dubai, while the last one is a tricycle driver.

Should he be caught and ordered to be deported by the courts, James said he would accept it.

(This has long been my dream, America. I wanted to come here, that is why I did. A lot of people tell me to be careful. If it happens, there is nothing I can don, it really is like that. I will accept.)

He, however, believes that Trump’s crackdown on undocumented immigrants are for those who have severe cases and criminal records.

(As for us, we pay taxes. We do not have criminal cases. They do not pay that much attention to us. Nevertheless, unless we get caught, like in random checks, then we will get deported of course, for overstaying.)

There were also rumors before of legal Filipino immigrants who would rat out overstaying Filipinos to authorities for rewards, he said, but he has not heard of one who was actually deported. 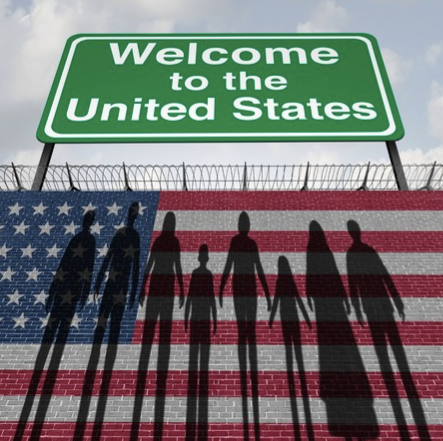 Never an easy life in America

From being a soldier, James now works as a caregiver in Northern California and sidelines at a trucking warehouse for extra money during his days off. Like Helen, he tries to go about his days inhibited and remains cautious of who to trust and where to travel.

(It is hard to move around here. You cannot just easily ride a plane. You cannot go to a place which you know can be somewhat risky, due to ICE.)

Undocumented Filipino immigrants in the U.S. jumped from 290,000 in 2010 to 370,000 in 2015, according to the report. It also showed that California was the leading state of residence for illegal immigrants, with a population of 2.9 million, followed by Texas at 1.9 million; both states are along the Mexico-United States border.

As Christmas and New Year’s Eve loom near, Helen and James know all too well they would be missing out on celebrating the holidays with their families. To make up for their longstanding absences during special occasions and milestones, Helen and James regularly send home balikbayan boxes, filled to the brim with sundries and treats like chocolates, the obligatory Spam, soap and clothes.

The distance isn’t forever, James believes. He plans to go home to the Philippines for good someday, perhaps in 2025, when he turns 60. Still, a small part of him wishes he would be granted amnesty, so he could continue living and working in the U.S. He currently has five grandchildren, some of which he helps send to school by paying for their tuition fees. The kids are the reason why he cannot go home just yet.

(I want their lives to be better, and for all of us to eventually live comfortably. For that, one must take the challenge. I help them though they have parents.)

Helen would also like to go home to the Philippines one day, but grounded by the necessity of money, she is uncertain when that day would be.

(Every Filipino who works abroad dreams of being with their families back in the Philippines. Perhaps after I have saved up for the education of my children, I would already go home to be with them.)

Despite the risks of living in hiding, Helen believes their hardship would all pay off in the end. She has grandchildren of her own who need supporting in the Philippines and in the U.S. Her older daughter Charmaine was pregnant when she came to California a few years ago. Just like Helen, Charmaine overstayed her tourist visa and has since given birth. Now, with a young and rambunctious grandchild in the picture, Helen could at least count on having happier days, until such time when they can all go home together.

What could be glorified in living undocumented in what many have thought to be the land of milk and honey? The California weather is great, surely; in fact, it is one of the things Helen loves the most in living there, second only to the abundance of fruits, such as strawberries, which she could rarely afford to eat back in the Philippines. But when she is reminded of the years she would never get back, and the gnawing longing in being away from her family, it does not seem so hard making out the lines between joy and mere gratification despite the money trickling in.

But there is no room for protests here. It comes with the life of being an undocumented immigrant, said James. A life they consciously chose, but one that left them without the choice to complain.

(Yes, it can be good here in America. But if someone cannot handle the work, or if they do not like it, then there’s nothing one can do.You cannot turn down jobs here. You must accept any kind of work to live. That is the style here. Most of the people who come here without papers really end up being caregivers. If you have no papers, you have no choice.) JB

*Editor’s note: Real names of the interviewees were withheld upon their request.