Murderer becomes 22nd person executed in US this year 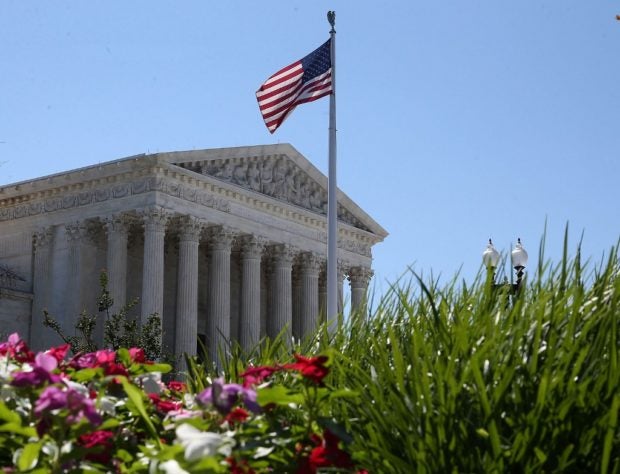 An American flag flies over the U.S. Supreme Court June 29, 2015 in Washington, DC. Today the high court ruled on the controversial drug that was implicated in botched executions, state efforts to reduce partisan influence in congressional redistricting and Environmental Protection Agency limits on the emission of mercury and other toxic pollutants from power plants. AFP

WASHINGTON, United States — A Texas man who killed a prison officer was executed late Wednesday, bringing to 22 the number of people put to death in the US this year.

Travis Runnels, 46, was pronounced dead at 7:26 pm, the Texas Department of Criminal Justice said, after a lethal injection at Huntsville prison north of Houston.

Runnels made no final statement, the department said.

Just minutes earlier, the US Supreme Court had rejected a stay of execution request.

Runnels had received a 70-year jail sentence in 1997 for armed robbery.

In 2003, he slashed the throat of a prison supervisor, Stanley Wiley. Two years later he pleaded guilty to the killing and was sentenced to death.

His lawyers later sought to have the penalty reversed. They said mitigating factors about his childhood were not introduced in the trial, and that an expert witness, A.P. Merillat, gave false testimony.

The lawyers accused Merillat of falsely telling a jury that if Runnels were given a life sentence instead of the death penalty, he would be free to roam through the prison and pose a danger to others.

Since 2010, the death sentences in two capital cases that also made use of Merillat’s testimony have been reversed.

“Mr Runnels was sentenced to death based on the false ‘expert’ testimony,” one of his lawyers said in their petition to the Supreme Court.

But Texas authorities argued that the jury would have sentenced Runnels to death without Merillat’s testimony, because of his alleged record of violent attacks inside the prison.

Executions have dropped in the United States as opposition to the death penalty has increased and due to legal questions over the methods of execution. In 2016, the most recent low, 20 people were put to death, compared to 86 in 1999.