‘Even if you’re a suspect, you have human rights’ | Inquirer News
Close
menu
search

‘Even if you’re a suspect, you have human rights’ 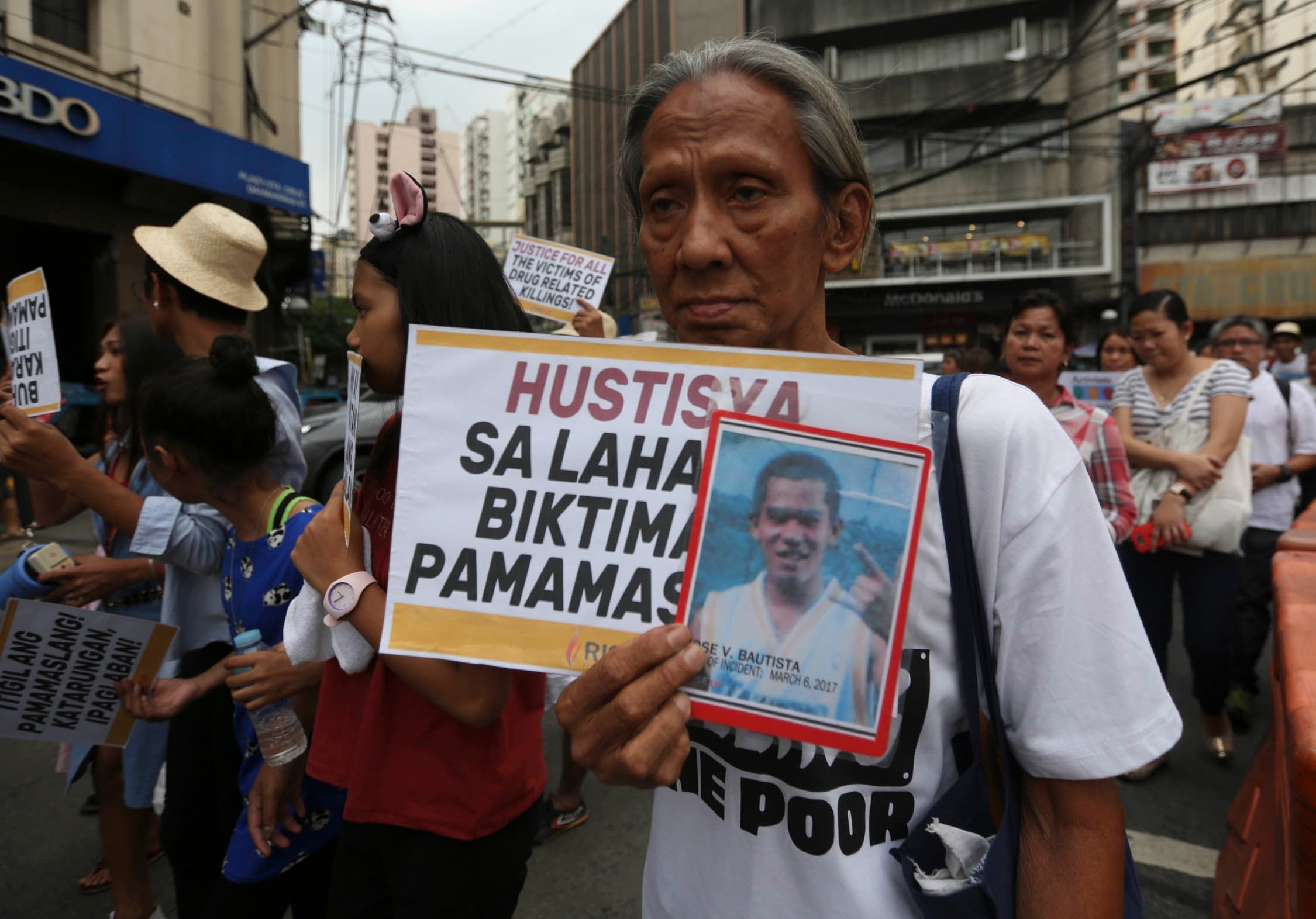 MANILA, Philippines — Mothers, widows and sisters of victims of the government’s war on drugs may have found solace in the tales of martial law survivors.

In a forum on Tuesday marking International Human Rights Day at the Commission on Human Rights (CHR), poet and journalist Pete Lacaba shared his story of harassment and detention during martial law.  Lacaba also read a poem by his brother, Eman, who was killed by the military during the turbulent time.

He spoke before 150 members of Samahan sa Hilom at Edukasyon, which is comprised of the families of victims of the government’s war on drugs, also known as Operasyon Tokhang.

“We’re here to tell them that we survived and they will, too,” said Etta Rosales, former CHR chair, who helped organize the forum along with members of Claimants 1081, a group composed of martial law survivors.

As the CHR joined the world in celebrating the 71st anniversary of the adoption of the Universal Declaration of Human Rights, it vowed to remain steadfast in fighting for the rights of Filipinos.

For lawyer Jose Manuel “Chel” Diokno, living in the Philippines without the CHR is unimaginable.

“If the Commission is disbanded, that would mean there will be no more compliance with international human rights treaties, since one of the duties and mandates of the CHR is to make sure the country is complying with [them],” he said.

“Everybody has a human right. Even if you’re a suspect, you have human rights. All you need to be is a person,” Rosales said, noting that even policemen who committed offenses in the anti-drug war have rights.

Both Rosales and Diokno blamed ignorance and lack of education for the proliferation of paid trolls and for the lack of appreciation of CHR’s mandate.

The biggest challenge, he said, is helping people understand the value of human rights.

“People who need human rights the most are those who are vulnerable and have no way of empowering themselves. That’s the very essence of human rights — finding ways for people to empower themselves,” Diokno said.

The caller said “the worst possible things,”  and threatened to kill her, she said.

One of the text messages sent to the Karapatan official at 10 p.m. on Tuesday read: “Before I throw you to the ocean, I will have the drivers rape you.”

The verbal assault against Palabay reflected the “fascist character and toxic masculinity” of President Duterte and his underlings, the human rights groups said.