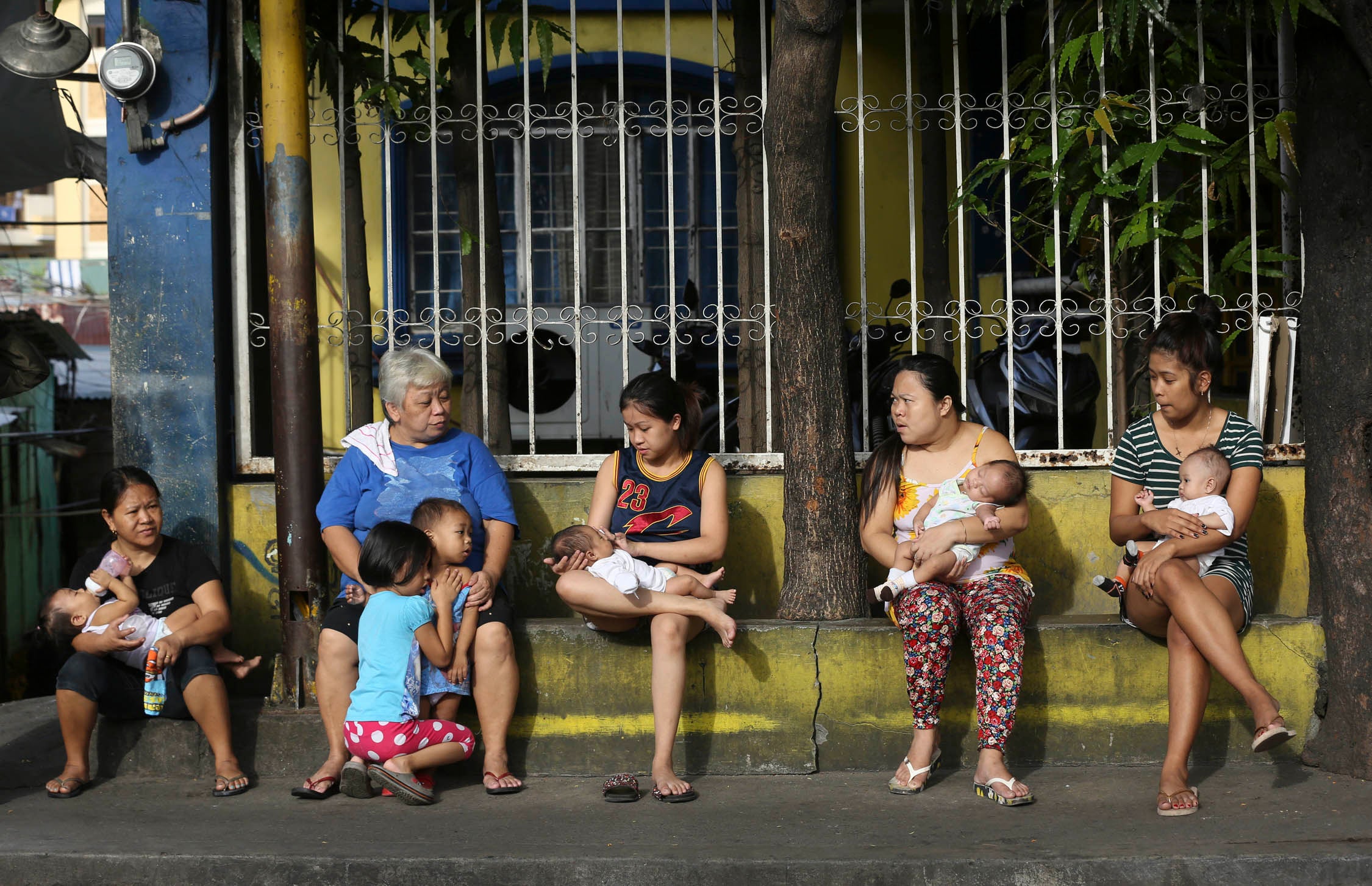 BABIES GALORE These babies get their daily dose of Vitamin D as they bask in the morning sun. –NIÑO JESUS ORBETA

This has put the administration firmly on track of achieving or even overshooting its goal of reducing poverty incidence by 14 percent in 2022, Pernia added.

This translates to 17.6 million who lived below the poverty threshold, estimated at P10,727 for a family of five a month, according to the Philippine Statistics Authority (PSA).

Pernia said the Duterte administration intensified the family planning program after it was neglected by previous administrations.

The decision not to sustain the program in previous years has been a “costly failure” on the country’s part, he said.

“Now it’s going full steam. We are providing access to family planning services to women or couples who desire to have fewer children than what they’re having, so they can have enough children whom they can provide for,” Pernia said at a press briefing in Malacañang.

Surveys have shown that women were having five to six children when they wanted fewer offspring, Pernia said.  With family planning services, women and couples, especially those in poor households,  can get the number of children they want, he said.

Pernia also indicated that any cuts in the allocation for family planning services in the proposed P4.1-trillion 2020 national would be unacceptable, especially to President Duterte, for whom the  reproductive health program was a pet project.

Senate President Vicente Sotto III had said that he sought to cut P195 million from the Department of Health budget for the purchase of family planning devices that he said were not approved by the President.

Sotto has often described the devices as  abortifacients.

But Health Secretary Francisco Duque III said the implants covered by the P195 million had been classified as nonabortifacients by the Food and Drug Administration, which also said they were safe.