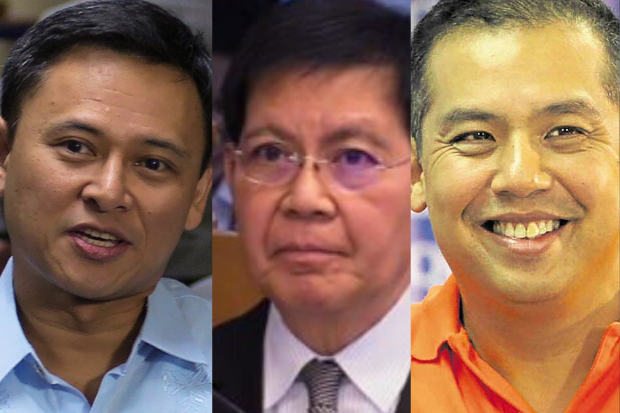 In an interview after Wednesday’s bicameral conference panel approval of the report on the 2020 General Appropriations Bill (GAB), Angara admitted both chambers of Congress made insertions and amendments to the spending bill.

(Well, we really have a lot of insertions if you combine the insertions of the Senate and House because that’s the job of legislators, right… the power of appropriation.)

(Every year, House members really do insertions because they believe those are what their districts need.)

Angara then defended such insertions, insisting those could not be considered pork barrel or post-enactment discretionary funds, which the Supreme Court had already struck down as illegal in 2013.

Romualdez also dismissed the issue as he maintained that the lower House is one with Lacson’s crusade against pork barrel.

(As you can see, there were no commentaries here in the bicam meeting… we finished the approval, it’s a unanimous adoption.)

“Of course we always respect the opinions and the views of each and every congressman and senator. We share the same zeal at parati kaming magkasama kay (we are one with) Sen. Ping and all those who want to rid the budget of any of those pork issues,” the Leyte solon added.

‘Pork is here to stay’

Earlier in the day, Lacson said he did not attend the bicam meeting on the budget because he received a file from the House detailing their “last-minute corruption-drive insertions,” mostly on flood-control projects.

“Since there is no preliminary explanation from the House regarding the two files, we cannot ascertain if indeed only P16.345B or the bigger amount of P83.219B was inserted at the last minute prior to the bicam signing,” the senator said.

“What is clear, though, is that there are still lump sums and vaguely described projects that are now part of the bicam report,” he added.

“Pork is here to stay. I hope the President will again exercise his political will in vetoing line items that will obviously waste people’s tax money,” he said.