When clearer waters can mean serious consequences for Mekong 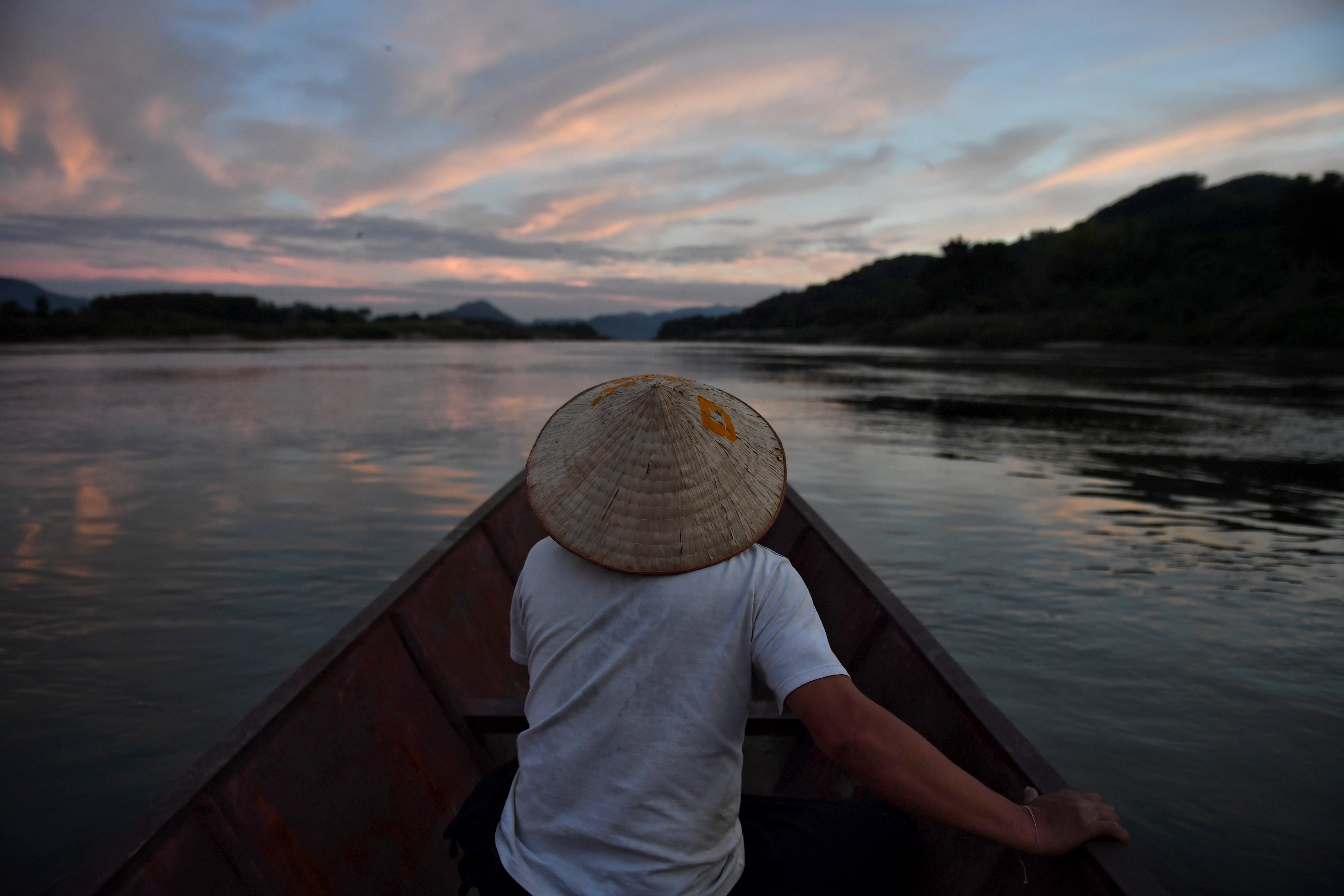 A man sits in a fishing boat while travelling along the Mekong River at Sangkhom district, in the northeastern Thai province of Nong Khai, with Laos seen on left, on October 31, 2019. – The once mighty Mekong River has been reduced to a thin, grubby neck of water across Northern Thailand – record lows blamed on drought and a recently opened dam hundreds of kilometers upstream. (Photo by Lillian SUWANRUMPHA / AFP)

SINGAPORE — With parts of the Mekong River turning an unusual blue-green, an inter-governmental commission has warned of possibly serious consequences if water levels stay low in the increasingly dammed river.

The Mekong River Commission (MRC) said Monday the aquamarine hue currently seen in a part of the river in Thailand’s Nakhon Phanom province and the town of Thakhek in Laos was possibly due to the “extremely low flow, slow drop in the river sediments, and presence of algae on the sand and bedrock river bottom”.

“The analysis has indicated that the extremely low flows now being experienced in the Mekong, during one of the worst droughts ever experienced in the region, have changed the water colour,” said the organization which facilitates cooperation among Mekong riparian states Cambodia, Laos, Thailand, and Vietnam.

“The fine sediments normally found in the fast-flowing water and deeper water levels that give the water the brownish color have dropped out, creating clearer water conditions.”

Such conditions allow microscopic plants or algae to grow on the sand and bedrock river bottom – causing the margins of the river to turn green, the MRC noted. Normally, the algae are flushed away by the currents, but now they are building up in Nakhon Phanom because there is not enough water.

“The conditions could probably be made worse if fertilizers used in agriculture enter the river, feeding the growth of algae,” warned the MRC.

It could even result in a toxic algal bloom, it said.

The region around the Mekong, known as Lancang in China, is one of the most biologically diverse in the world and millions of farmers and fishermen depend on it for their livelihood. But experts say it is imperilled by the erection of hydropower dams on its stem and tributaries, especially in upstream states like China and Laos.

One of the newest dams is the Thai-operated Xayaburi Dam in Laos, which began running in October.

While China says it shares hydrological information with downstream countries through the MRC and the Beijing-backed initiative, the Lancang-Mekong Cooperation mechanism, experts say there is more room for data sharing among the riparian states.

The MRC statement also said that the current conditions in the affected part of the Mekong could reduce the amount of food available for insects and small fish, reduce catches and impact local communities.

“If water clarity remains high, the algal bloom can cause thick green mats that will rot and smell badly,” it warned. If conditions worsen, the type of algae that sprouts could produce toxic substances that harm animals, it said.

But Dr So Nam, the MRC Secretariat’s chief environment management officer who led the analysis, said such conditions would likely be restricted to the backwaters and not occur in the main part of the river.

The Mekong may retain its current hue until the flow of the river increases at the start of the flood season, which usually begins in May.

It could also get better if “large volumes of water are released from the storage reservoirs in the Upper Mekong (Lancang) dams and tributary dams to mobilise sediments and give the Mekong its typically brown color”, said the MRC.