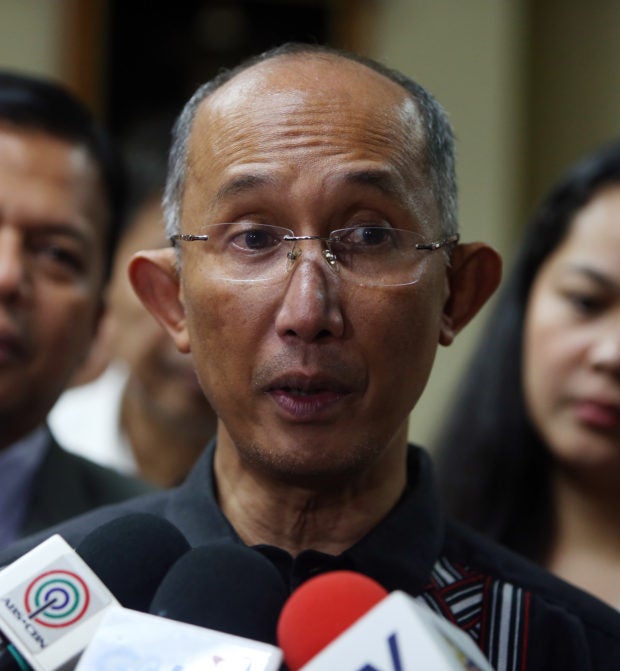 BAGUIO CITY, Benguet, Philippines — The city government is working out a policy that would make the New Peo-ple’s Army (NPA) unwelcome in the summer capital, as requested by the National Task Force to End Local Communist Armed Conﬂict.

But Mayor Benjamin Magalong said the military intelligence community might need to revisit its threat assessments regarding Baguio, including how it por-trayed migrant Muslims here.
Baguio is classiﬁed as a “white area community,” which means armed groups do not bring their weapons into the city when they gather here to rest or to hold clandestine meetings.

For the last 50 years, communist rebels have respected Baguio as a noconﬂict zone, “so there are no insurgency issues in Baguio,” said Magalong, a retired police general and chair of the Regional Peace and Order Coun-cil (RPOC) in the Cordillera.

While Baguio may adopt a persona non grata policy against the NPA, he said the city government had also reached out to initiate peace talks with rebels in the Cordillera.

“During the RPOC meeting last week, I oﬀ ered my hand in peace so we can have a dialogue in the city,” Magalong said, add-ing that, “I assured them (rebels) that when they leave I can accom-pany them back to their lair.”

Magalong served in the Cordillera for 12 years. His ﬁrst assignment after graduating from the Philippine Military Academy in 1982 was in Abra province.

According to Magalong, eight councilors have agreed to support the persona non grata measure. But during the city council session on Dec. 2, some councilors expressed reserva-tions about the rationale and scope of the measure after the body had urged the resumption of peace talks with the commu-nists in previous resolutions.

Councilor Arthur Allad-iw said a policy against groups that committed atrocities should also include other extremists.

Magalong also said the city had reached out to a migrant community from Mindanao, dominated by Maranaos.
“We have three madrassa (Islam-ic schools) in the city and I’ve been talking to the Philippine National Police which says re-ports of radicalization in these schools are not true. [But] the Armed Forces of the Philip-pines says it receives reports about radicalism in some ma-drassa, so there is a conﬂict of reports,” he said.

“I would like the AFP to re-think and review its evaluation and assessment [of the situa-tion],” he said.