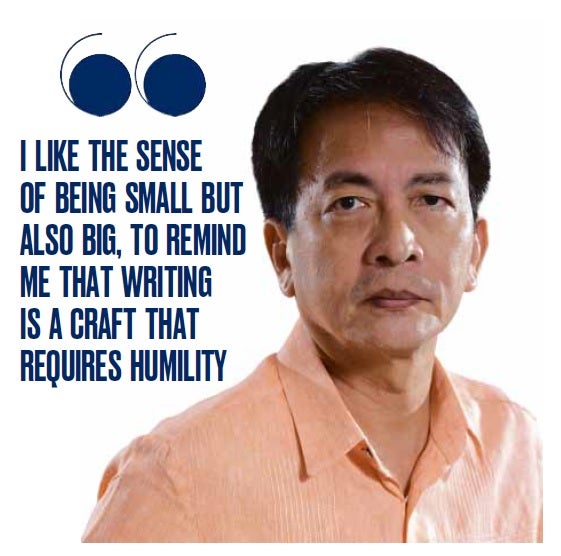 When I’m introduced to foreigners, friends and relatives often go “He writes for the country’s biggest English newspaper,” complete with a bragging tone.

I cringe at hearing “biggest,” finding it not just funny but ironic because when I was first asked to write a column 22 years ago as a sub for columnist Conrado de Quiros, I hesitated—mainly because I was so awed by the offer. First, how could I dare sub for the Conrado de Quiros? And second, because this was the Inquirer of mosquito press notoriety.

“Mosquito press” was the term used by ousted President Marcos to scoff at the opposition press that emerged during the waning years of his dictatorship, which included an underground network as well as legal ones. The latter was closely identified with the brave band of women headed by Eugenia Apostol who first put up a weekly Mr & Ms, whose original staff later turned a scrappy anti-Marcos newspaper into the Philippine Daily Inquirer.

Using mosquitos as a metaphor, Marcos wanted to emphasize what he thought was the tiny reach of the opposition.

But, as I was thinking when I accepted the offer, mosquitos are small but terrible. Among despots, the corrupt and various forms of lowlife, a mosquito press came to be feared because of its persistence (imagine now one mosquito buzzing around your ear), and its bite: quick, sharp and causing a lingering mix of itchiness and pain. Note too how quickly a mosquito flies off after attacking.

More than 20 years later, I think we still need a mosquito press, or at least, mosquito writers. Marcos may be long gone, but the country remains under siege, from within and from outside, with many old problems and new ones we could not have imagined even five years ago, that demand new ways of thinking and writing.

What I’ve always appreciated about the Inquirer is our complete freedom to write about what we feel should be written. Never have I been asked to reconsider something I had submitted. Editorial revisions have been minor—a typo here, a statistic there that needed clarification. Yes, Inquirer’s fact-checking is impressive.

I’ve never thought of editors in the Inquirer as bosses barking out an assignment. Instead, I bow to the more demanding ethical imperatives of being accurate and responsible, and being able to explain why we have the problems we see today. Or, even more boldly, reading the signs of the times to predict dire consequences in the future if we don’t act.

My first editor, the late Ralph Chee Kee, reassured me when I began writing for the Inquirer that the more I wrote, the easier it would become. And it’s true, I can dash out a column sometimes in less than an hour.

But I’ve found that I spend much more time now for each piece, from spotting a potential topic (it can happen, for example, while taking care of my kids), to teasing out what will go into the piece and, most importantly, doing background research. When I finally sit down in front of the computer, I feel like a pianist with a piece already composed in my mind, and ready to play.

I’ve found my writing style changing as well. With time, I’ve shed off the “expose and oppose” militant style that comes with youth, moving toward more nuanced essays. That can sometimes be a problem because I sense that in the Philippines, we often miss out on irony and understatement.

But I persist, writing for the biggest newspaper while trying to be a small (and aging) mosquito writer—still with a bite, if bites can be nuanced. I like the sense of being small, but also big, to remind me as well that writing is a craft that requires humility. There’s one particularly humbling encounter that I like telling friends:

For years I had been buying fruits from a vendor in Farmer’s Market. One day she greeted me with excitement in Tagalog, “Why didn’t you tell me? I wouldn’t have known it had I not been wrapping some fruits in newspaper and there you were, your photo and your column. I told my friends, look, it’s Sir.”

That wasn’t the end of it, as she added: “You must be really intelligent because I couldn’t understand what you wrote. English kasi.”