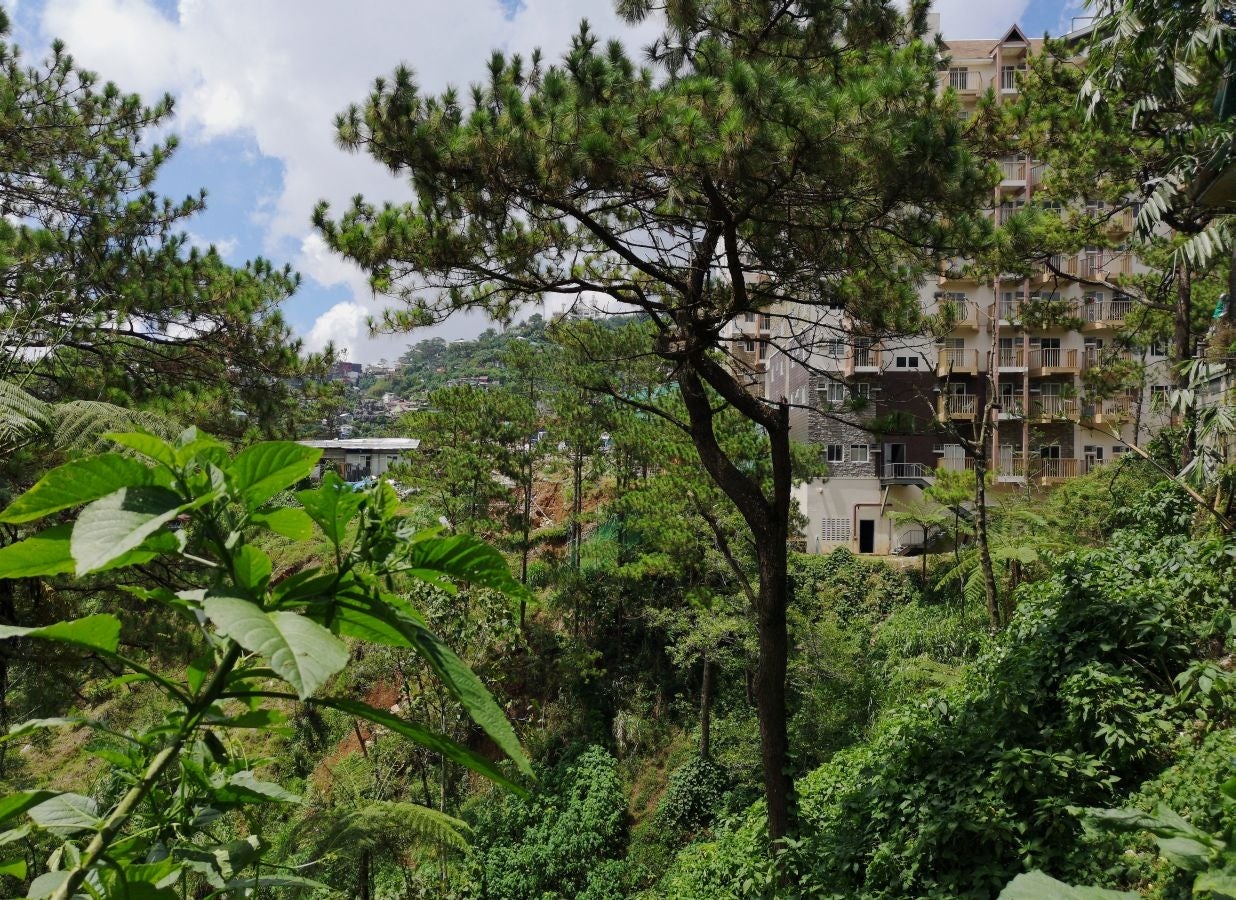 BAGUIO CITY—“Don’t let a single pine tree die in Baguio.” This was the instruction given by Environment Secretary Roy Cimatu to environment officials here on Friday.

Cimatu inspected the city’s sewage treatment plant and its decommissioned dump, which would be converted into an ecological park in 2020.
The old Irisan dump temporarily houses two machines that convert kitchen and market waste into powdered fertilizer while the city government finalizes plans for a Japanese firm to build a waste-to-energy plant next year.

But the trees remain Cimatu’s chief concern. He said he was alarmed at the rising number of dying pine trees, noting that younger trees meant to replace them have not been growing and expanding fast enough given the city’s problem with overdevelopment.

About 2.5 million trees still thrive in the city, 400,000 of which are Benguet pine species, according to an inventory ordered by Cimatu in February.

Rebuilding forestThe biggest concentration of Baguio forests is within government reservations like Camp John Hay and the Philippine Military Academy.

Baguio is equated with pine trees, Cimatu told visiting military officials enrolled in the National Defense College of the Philippines whom he met briefly at City Hall.

“But when I played golf here [in February], at every hole I saw 10 dying trees. So for all 18 holes, almost 200 trees were dying. Why were they dying?” Cimatu said.

“The next generation of pine trees [near urban settlements] is too small if all the [mature] pine trees die at the same time,” he said.

He added: “But the pine trees should not die in this generation … I am directing my regional director [of the Department of Environment and Natural Resources] to make sure not one pine tree dies … I don’t care how you do it.”

Baguio is rebuilding its tree line after an urban carrying capacity report concluded that the city’s forest cover was “way below the target standard of 40 percent.”

Tree cutting moratoriumA study commissioned by the National Economic and Development Authority said “massive reforestation and the protection of [Baguio’s] forest reservations are urgent measures needed to maintain … [their function] as a life support ecosystem.”

Cimatu also promised to take up a proposed Baguio moratorium on tree cutting and building constructions that had been transmitted to the Office of the President.

The moratorium will allow the city to rehabilitate public service facilities such as its sewage system.

Mayor Benjamin Magalong told Cimatu that the city is investing in modern wastewater treatment plants since it needs to clean water discharged into the headwaters of rivers that flow down to the provinces of Benguet, La Union and Pangasinan.

A study suggested putting up treatment facilities near the headwaters or catchment basins of waterways in the city, among them the Balili, Bued and Agno-Ambalanga river systems, and runoff rainwater collecting at the Rock Quarry settlement here.‍‍‍

There are also plans to put up treatment plants at the Burnham Lake, the public market and the abattoir, which are major sources of Balili pollution.

The city is tapping the Baguio Water District to oversee liquid waste clean-up because it can measure how much water each household consumes.