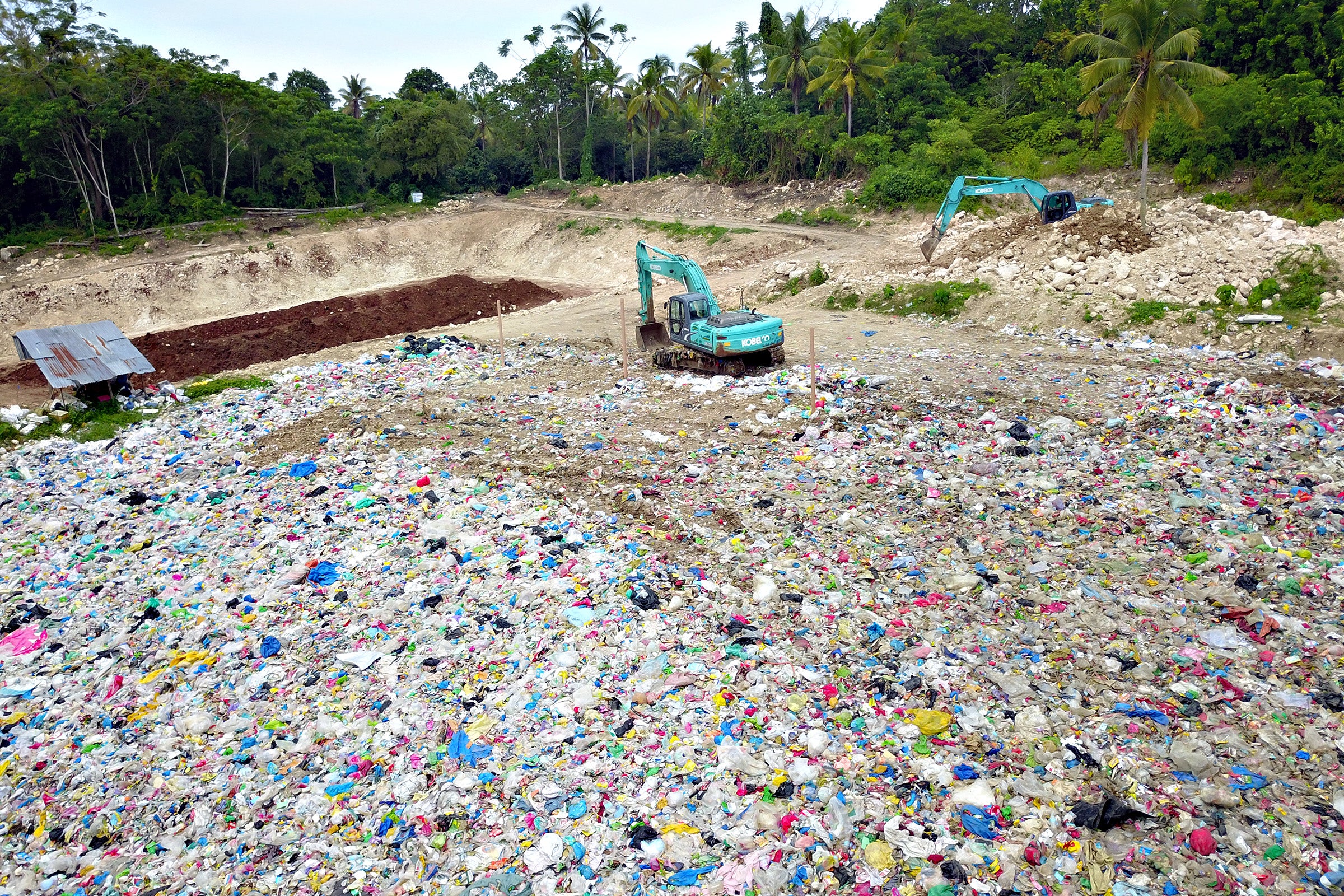 SAN ISIDRO, DAVAO ORIENTAL‍—Two coastal towns in Mindanao have vowed to eliminate plastic pollution in 10 years by signing up with the Plastic Smart Cities movement initiated by the World Wide Fund for Nature (WWF).

Located at the heart of the Davao Gulf, the Island Garden City of Samal, popularly known as Samal Island in Davao del Norte province; and across from it, San Isidro town in Davao Oriental province, joined the movement waged by the world’s cities against plastics this week.The two seaside communities were the first towns in Mindanao to have joined 12 other areas, now celebrated as the world’s leading cities against plastic waste, as part of WWF’s global No Plastics in Nature initiative.The Plastic Smart Cities movement is a global initiative for cities and tourism destinations that are fighting plastic pollution.Chrisma Salao, WWF-Philippines vice president for conservation program, said the global conservation nonprofit had been working on climate change adaptation and marine protection projects in Davao Gulf since 2008.

“[The Island Garden City of Samal and San Isidro] have taken an important step in securing a sustainable future for their residents,” she said.

Salao said they would help these local governments minimize, prevent and manage plastics, both as a livelihood resource and as waste.

Plastic trash, she said, poses danger to the environment, public health and the economy.

Apart from the two Davao Gulf towns, Donsol in Sorsogon is the only other locality in the Philippines that joined WWF’s war against plastics.

Donsol is famous for its “butanding” or whale shark sightseeing tours.

According to WWF data, an estimated 80 percent of plastic marine debris today has been coming from land-based sources, a large portion of which are urban areas, whose polluted waterways carry discarded plastic to the ocean.
Island Garden City of Samal Mayor Al David Uy said the Plastic Smart Cities project was timely as Samal Island targeted to extend the life span of its sanitary landfill through plastics reduction.

WWF and the Island Garden City of Samal, as part of their commitment to help stop the leakage of plastic waste into the ocean each year, agreed to work toward a “100-percent plastic waste diversion” by 2030, through residuals processing, education campaign, segregation and recycling, and the implementation of the city’s environmental code.

By joining WWF’s war against plastic waste, San Isidro has also committed to generate and support solutions in addressing the plastics problem in the town.Mayor Justina Yu says San Isidro is implementing the “Dili Nako sa Plastik’ (I am Against Plastic), a local environment and livelihood program on plastic recovery and recycling.

“We should set the example now for the sake of our future generation, “ she said in Cebuano.

The San Isidro local government started its campaign to reduce plastic use after sea turtles turned up dead along coastal villages. The turtles were later found to have ingested plastic trash, Yu said.