Duterte ‘more than satisfied’ with gov’t response on Tisoy onslaught 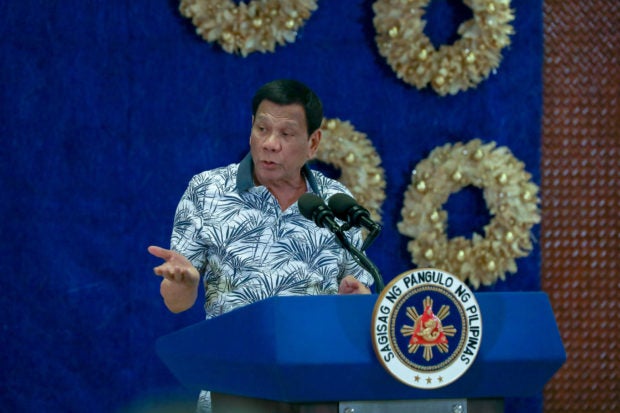 MANILA, Philippines—President Rodrigo Duterte on Thursday said he is “more than satisfied” with how the government react to situations following the onslaught of Typhoon Tisoy that ravaged Southern Luzon and the Bicol Region earlier this week.

“Apparently, the government agencies knew what to do before the typhoon hit, its landfall, what it did during the entire crisis and after,” Duterte said during a situation briefing on the effects of Tisoy in Legazpi City, Albay.

A total of 13 people were killed in the wake of Tisoy’s onslaught and left thousands of families displaced.

During the briefing, Duterte also asked government agencies to submit reports on the damage left by the typhoon so funds can be made available for rehabilitation.

“Question is, as always, if we have this kind of situation, after you make the assessment, the evaluation is there, it’s always money,” Duterte said.

“So it would be good to… for the entire government agencies who are here, beginning from DSWD and ends up with the Department of Trade, to submit your report immediately so that they can pass it on to the proper agency concerned. This time, if there’s an available money, we can get it from the budget office,” he added.