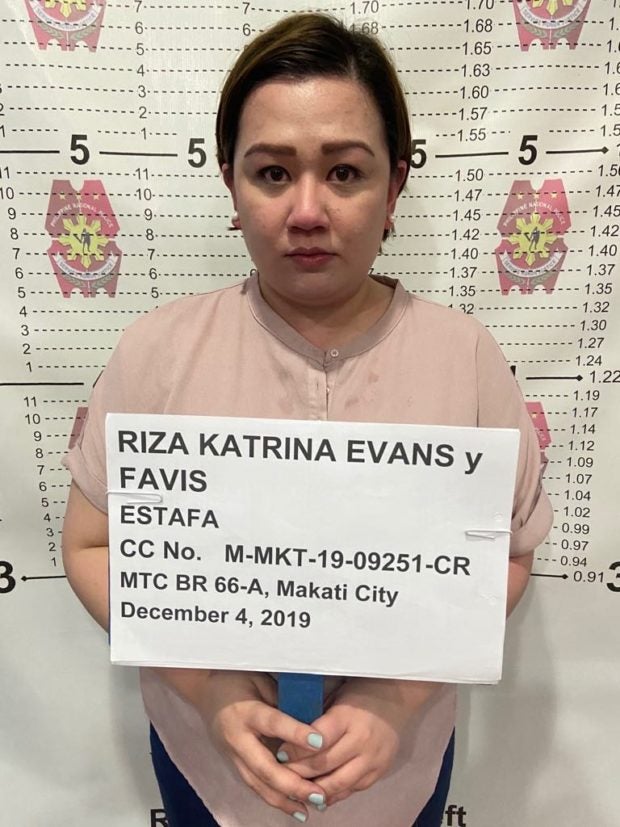 The 32-year-old businesswoman was arrested at the Makati City Hall in Barangay Poblacion at 5:30 p.m. Wednesday after police served the warrant issued by Judge Clemente M. Clemente of Makati City Metropolitan Trial Court Branch 66-A.

Evan’s bail was set at P30,000 for her temporary liberty.

Based on the court’s resolution, Evans encouraged complainant, a certain Arran Lester Galvan, to invest P2-million in a production company.

Complainant said Evan’s “representations are fraudulent because she is not in any way connected to the production company.”

Complainant also said that “the private film company has adequate resources to fund its movie production and did not authorize accused to solicit funds for investment.”