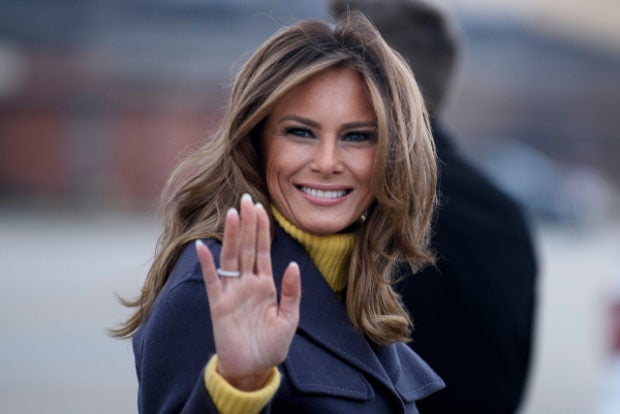 “Free, Melania,” an unauthorized look at President Donald Trump’s wife by CNN reporter Kate Bennett, is set for release on Tuesday, but official Washington is already buzzing about its contents. Image: Brendan Smialowski/AFP

Melania Trump has a White House suite of her own, is less than chummy with first daughter Ivanka, and uses her wardrobe to make statements, a new biography about the U.S. first lady says.

“Free, Melania,” an unauthorized look at President Donald Trump’s wife by CNN reporter Kate Bennett, is set for release on Tuesday, but official Washington is already buzzing about its contents.

At 49, and three years into her husband’s administration, the Slovenia-born ex-model remains genuinely private and “mysterious” to much of the public, while acutely aware of all that is said about her and her husband, says Bennett.

But she is hardly the docile third wife of an extremely powerful man accused of being a serial womanizer, the author writes.

Instead, Melania is prepared to let her husband know what she thinks — and to use her sharp elbows when she feels slighted.

The first lady is “way more powerful and influential with her husband” than the public knows, Bennett says.

The author confirms reports last year that Melania was responsible for the firing of a senior White House national security official, Mira Ricardel, after the first lady felt slighted during an October 2018 trip to Africa.

The book also confirms that the first lady lives in a two-room suite on the third floor of the White House — one floor up from the president’s master bedroom.

The suite offers Melania extra space to do her hair and makeup. She also has an exercise room with a Pilates machine.

In another revelation, Bennett said the kidney treatment that led to Melania’s 25-day absence from public view last year was much more serious and painful than previously revealed.

The language of fashion

While she speaks little in public, Melania finds her voice in her clothes, Bennett says.

That was clear when she donned an olive green Zara coat in June 2018 with the words “I REALLY DON’T CARE, DO U?” on the back.

Some thought it was an attack on President Trump’s policies toward migrant children, and by others as a brickbat for the press.

But Bennett says it, in fact, was directed at step-daughter Ivanka Trump, who Melania sees as sometimes usurping the first lady’s role.

Their relationship is described in the book as “cordial, not close.”

Bennett also says that when Melania wears pantsuits and other menswear styles, it signals unhappiness with her husband, “because Trump notoriously likes to see women in tight, short, ubersexy and feminine dresses.”

“Each thing she does has meaning to it, even the clothing she wears,” writes Bennett.

The book does not have any direct input from Melania, whose husband has declared Bennett’s network an enemy of his administration.

It labels the first lady’s “Be Best” campaign against bullying a poorly executed flop, but otherwise is generally positive.

Bennett, whose beat is first lady and the Trump family, appears to be deeply sympathetic to Melania, who is often painted as a prisoner of her husband by his critics.

“She doesn’t need freeing of any kind,” says Bennett. NVG

Melania Trump defends rights of Baltimore teens to boo her