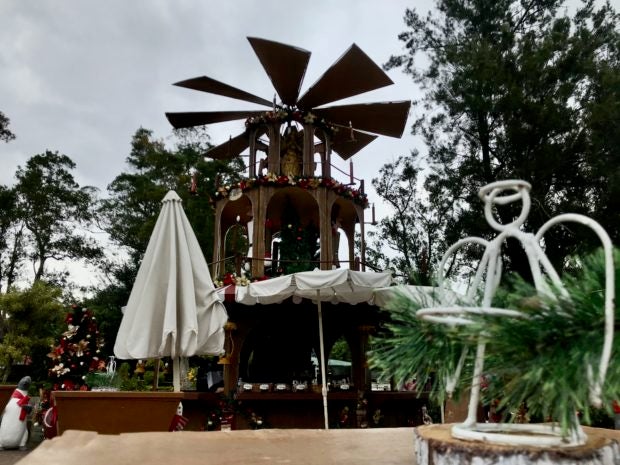 BAGUIO CITY –– A day after the launching of this mountain city’s “Enchanted Baguio Christmas” program, the City Council questioned on Monday (Dec. 2) a set of European-inspired chalets put up at the century-old Burnham Park for violating a 1994 ordinance banning trade fairs at the city parks.

Flashing photographs of 20 chalets that make up a Christmas village at the park’s Rose Garden, the councilors said the booths were “clearly” retail stores. 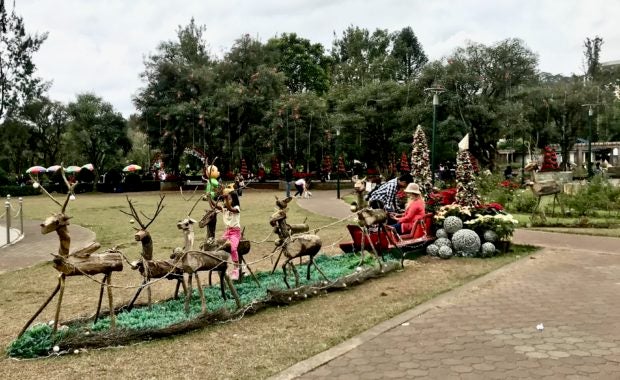 The council had endorsed the yuletide project organized by the newly reconvened Baguio Tourism Council (BTC) in November, but some councilors now said they expected the chalet village to be a promotional event for European products.

The chalets were supposed to represent countries like Germany, France, and Hungary, and many were shaped like Bavarian cottages.

One of the chalets manned by a Camp John Hay facility had a stylized roof topped with a windmill and a canopy concealing a golden statue.

However, almost all of the chalets displayed products that are also sold at the city market, providing unjust competition for local retailers, said Councilor Mylene Yaranon, who initiated the discussions.

Vice Mayor Faustino Olowan also chastised the chalet organizers for selling beer on Nov. 23 and 24 when the Christmas village opened.

In a Nov. 29 news conference held at the Rose Garden, Mayor Benjamin Magalong said he ordered a chalet leased to a top beverage company to stop selling alcohol at the park.

The council passed a resolution urging Magalong to “enforce the law,” and invited the BTC to discuss the lawmakers’ concerns.

At press time, the BTC, which is composed of private volunteers, has yet to state the council’s action.

But one of its members sent the Inquirer a 2014 city resolution, which states that city-sponsored projects are exempted from trade fair restrictions.

“All activities which are incidental to other official festivities like the ‘Panagbenga’, ‘Christmas in Baguio,’ and ‘SUMVAC (summer vacation)’, where the city government is the main sponsor, are exempt from the Ordinance,” it says./lzb