Over 6,000 passengers stranded in ports due to Typhoon Tisoy 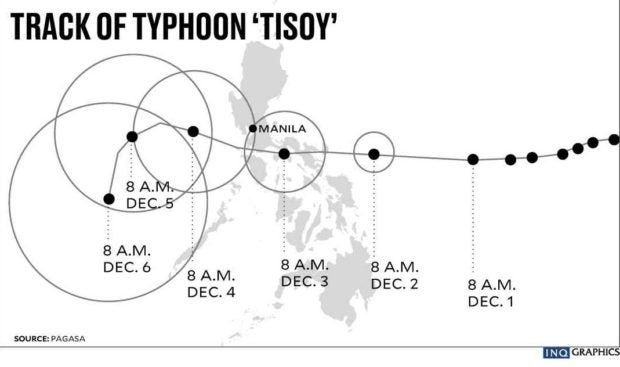 MANILA, Philippines — More than 6,000 passengers were stranded early morning Tuesday in various ports nationwide following the cancellation of sea travel due to the onslaught of Typhoon Tisoy.

Data from the Philippine Coast Guard (PCG) show that a total of 6,449 passengers were stranded as of 4 a.m.:

Aside from canceling the travel of passengers, the operations of 1,543 rolling cargoes, 125 vessels and 63 motorbancas were likewise suspended due to the weather condition, while 234 vessels and 124 motorbances are currently taking shelter.

On the part of air travel, nearly 500 flights were canceled on Tuesday due to the typhoon.