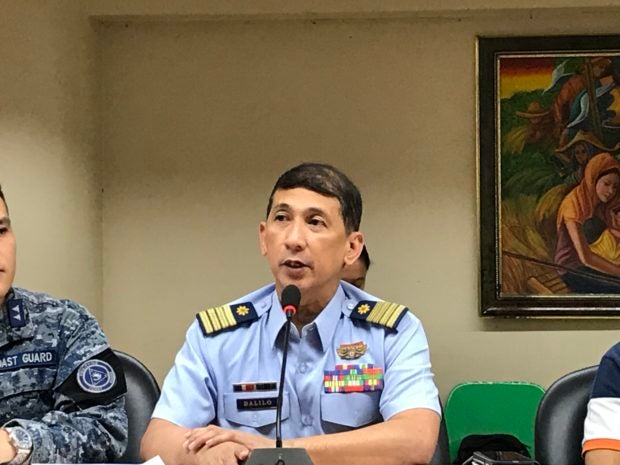 In a press briefing on Monday, PCG spokesperson Capt. Armando Balilo said it has already coordinated with local government units for the deployment of Coast Guard personnel in their respective areas.

(In terms of the preparation of the Coast Guard in the National Capital Region, we have already coordinated with the local government units. We deployed rescue personnel in Marikina, Manila, Navotas and Valenzuela).

(The initial deployment of the Coast Guard is within the areas that are perennial or those that always experience flooding).

(We don’t expect that waves would be too violent in Manila based on the analysis of our operations center, when it comes here, it would just be the rain and hopefully the wind would not be that strong).

Balilo, meanwhile, reiterated that all maritime activities in areas placed under TCWS are suspended.

This includes recreational activities, he added.

(If public storm warning signal is raised in a particular area, even if it’s only signal, all kinds of maritime activities are not allowed).

(That is to include recreational activities like scuba diving or island hopping).

It has a maximum sustained winds of up to 150 kilometers per hour (kph) and gustiness of up to 185 kph.