MANILA, Philippines — The agreement between the Bases Conversion and Development Authority (BCDA) and a Malaysian company for the construction of the P13-billion government complex and sports hub at New Clark City in Capas, Tarlac province, flouted the law on public bidding and government circulars, according to documents obtained by the Inquirer.

BCDA officials, led by president and CEO Vivencio Dizon, signed a joint-venture agreement with MTD Capital Berhad despite getting an adverse legal opinion issued by the Office of the Government Corporate Counsel (OGCC) in early 2018, records showed.

The New Clark City Athletics Stadium, with a 20,000-seating capacity, and the Aquatic Center were built by MTD in time for the country’s hosting of the 30th Southeast Asian (SEA) Games, which started on Nov. 30 and is running through to Dec. 11.

The sports complex, which includes an Athletes’ Village, was supposed to be the primary venue of the SEA Games, but only swimming and athletics are to be held there.

Sought for comment, the BCDA maintained that it had complied with all laws and policies regarding government contracts, and “made changes” to the agreement with MTD “upon the advice of the Asian Development Bank” and based on the OGCC’s position on the matter.

“BCDA followed OGCC’s opinion that with these changes, BCDA may give the agreement due course while exercising sound business judgment,” the agency said.

“The decision to push through with the project, given its importance and urgency, was validated, when the OGCC issued a clarificatory opinion,” it added.

The opinion, however, was released by the OGCC only on Oct. 2, 2018, or nearly eight months after the contract had been awarded.

Records from the BCDA showed that MTD had submitted an unsolicited proposal on Oct. 11, 2017, to build the facilities at P8.51 billion, but the cost ballooned to P11.1 billion in the contract.

Interestingly, MTD bankrolled the construction with a P9.5-billion loan from state-owned Development Bank of the Philippines (DBP).

A source familiar with the agreement claimed that the deal was designed to ensure that MTD would bag the contract sans public bidding. Republic Act No. 9184, or the Government Procurement Reform Act, requires public bidding.

“There’s a criminal intent. The purpose is to defraud the government,” the source, who asked not to be named for security reasons, told the Inquirer.

The sports stadium and aquatic center are part of the 60-hectare National Government Administrative Center (NGAC), which the BCDA wants to be a “disaster risk and recovery center” and a “backup office in case of disaster/national calamities.”

In its original proposal, MTD pegged the cost of completing NGAC, which would be composed of 21 office buildings, at P4.2 billion.

Since it was a joint-venture agreement, the BCDA agreed to provide its property in Capas town for site development, while MTD would shoulder the cost of the entire project. 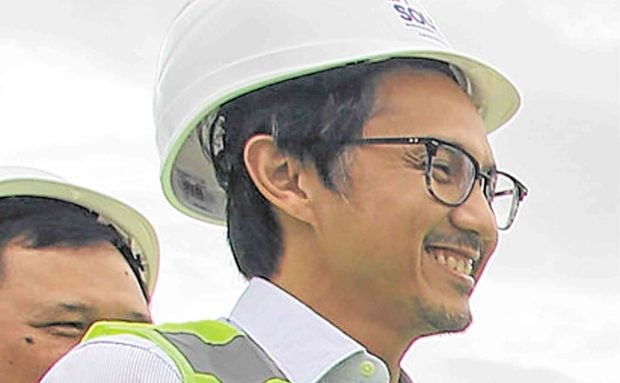 The source, however, said the agreement showed that the project was not a joint venture as spelled out in the law but a “build-and-transfer” deal as defined in the build-operate-transfer law, a process that would require public bidding.

Under the joint-venture agreement, the BCDA was to pay MTD P2.2 billion yearly in five years, or a total of P11.1 billion, for the construction of the Athletics Stadium, Aquatic Center and Athletes’ Village.

The difference of about P2.5 billion in the original project proposal and the agreement represented “reasonable costs and returns” of MTD’s investment as shown in Section 8 of the deal.

The NGAC would be built at no cost to the government, but 90 percent of the shares in the building complex would be owned by MTD, the agreement showed.

Not a joint venture

The source said the fact that the contract required the BCDA to pay MTD proved that their partnership was not a joint venture.

“Any corporate lawyer would tell you that in a joint venture, neither of the partners is required to reimburse the other party since they are in a partnership,” the source noted. “They did this to circumvent the process of bidding.”

The source pointed out that the BCDA had agreed to provide an additional P2.5 billion as “return-of-investment” for MTD when the entire project cost should have already included the company’s profits.

MTD was also given assurance that it would get 50 percent of all earnings from rentals of the sports complex for the next 25 years, extendable to another quarter of a century.

In short, the source said MTD used the “Filipino people’s money” to finance the project that would provide profits from three different sources—the original project cost, the “reasonable costs and returns,” and rental fees.

“That’s certainly disadvantageous to the government,” the source said.

As requested by the BCDA, then OGCC head Rudolf Philip Jurado issued a legal opinion on Jan. 30, 2018.

In his reply to BCDA executive vice president Aileen Zosa, Jurado said the construction of the sports facilities “falls squarely in the definition of build-transfer.”

“[W]hile its construction will be funded by [MTD], the cost thereof will be reimbursed in five annual installments by BCDA,” Jurado said.

“As such, the sports facility segment is, as a rule, subject to public bidding,” the lead government corporate counsel argued.

But he said the construction of the NGAC had complied with government rules on joint-venture projects.

He advised the BCDA to change the terms for the construction of the sports complex “to align with the law on joint ventures.”

The source questioned the undue haste in processing the MTD proposal, which the BCDA accepted nine days after it was presented and approved after a few months of negotiations.

Documents showed that the Malaysian company was awarded the contract on Feb. 22, 2018, after the BCDA did not receive any counterproposal when it put up the project for a “Swiss challenge” on Dec. 17, 2017.

A memorandum issued by the Governance Commission on GOCCs said “favorable legal opinion and-or contract review by the (OGCC) shall be secured by a GOCC before entering into” a joint venture deal.

But the BCDA said on Sunday that the latest OGCC opinion upheld the “provisions of the executed [agreement] and the legal framework of the project are in compliance with the existing laws, rules and regulations.” —WITH A REPORT FROM INQUIRER NORTHERN LUZON