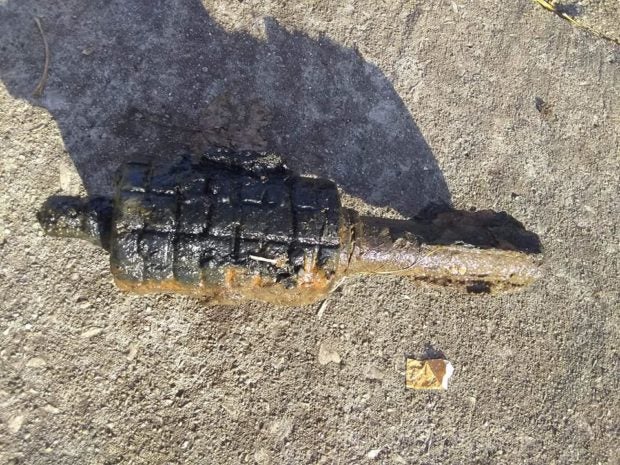 WOOD-TV reports the angler found the explosive Tuesday after dangling the magnet from a bridge in the Grand River in Grand Rapids.

Joseph Alexander told the television station he “thought it looked like a grenade, but not one” he had seen before. Alexander said he posted photos of it online and people commented that it was a grenade and he should call the police.

Grand Rapids police say the device is a “German Granatenwerfer” and that it will be stored until detonated safely. Sgt. John Wittkowski said since the device was so old and had been submerged for a long time it likely was no longer very dangerous.