Tisoy maintains strength; Signal No.1 up in 10 areas 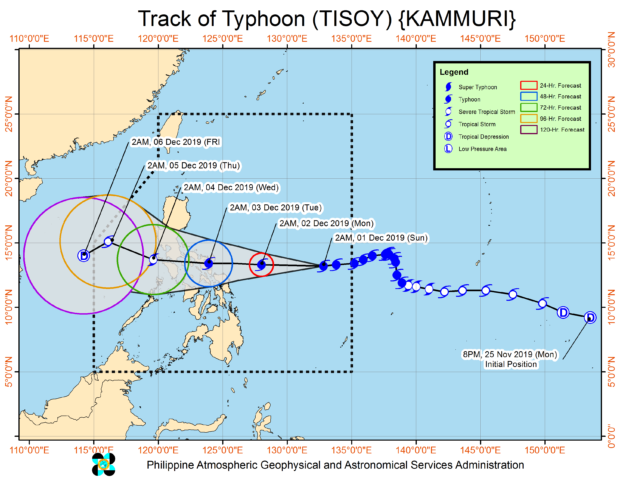 Tisoy was last spotted 885 kilometers (km) east of Virac, Catanduanes with maximum sustained winds of up to 150 kilometers per hour (kph) near the center and gustiness of up to 185 kph.