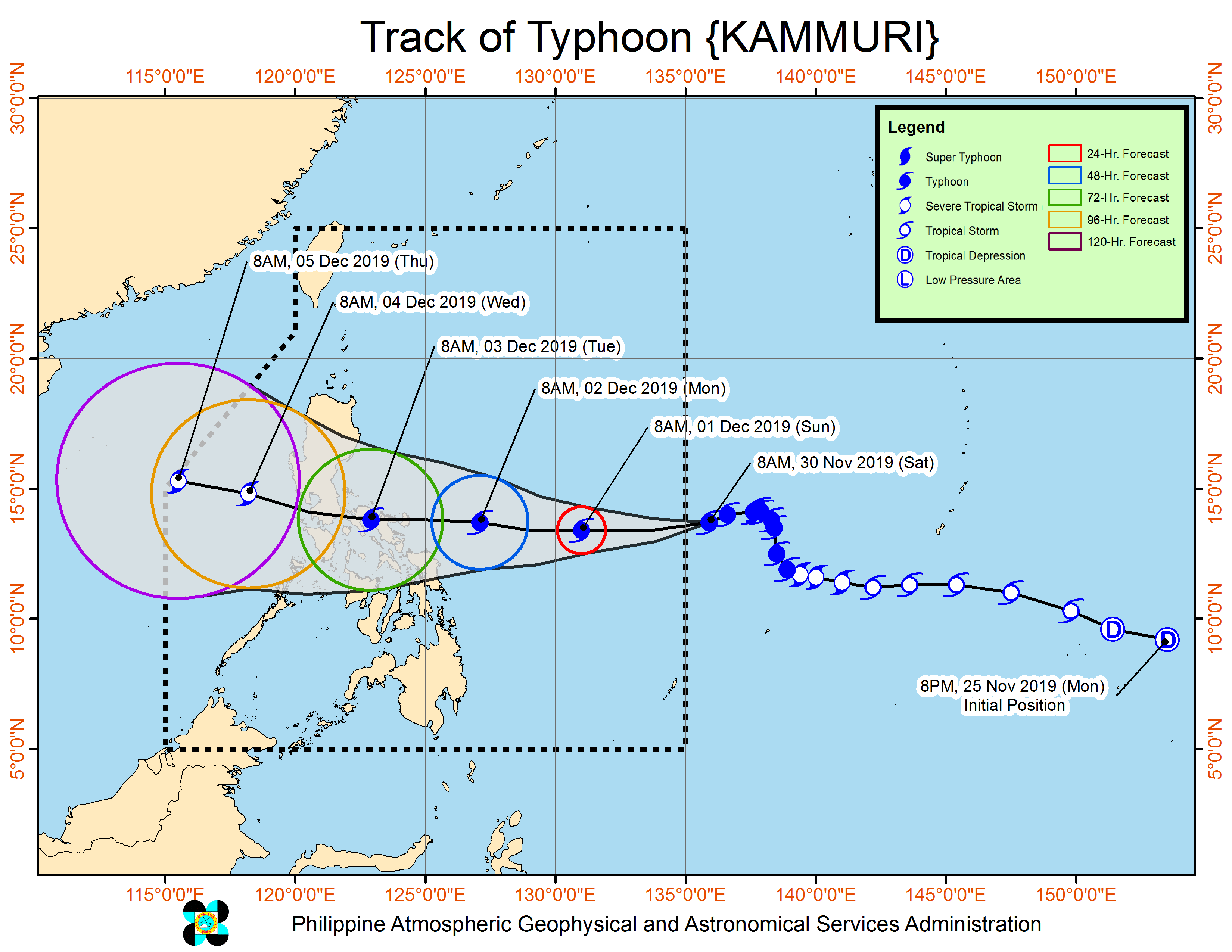 LEGAZPI CITY, Philippines —The province of Camarines Sur has enforced Saturday a forced pre-emptive evacuation in areas expected to be affected by Typhoon Kammuri, which will be renamed as Typhoon Tisoy once it enters the Philippine Area of Responsibility (PAR).

The evacuations, he said, should not be on or before Sunday.

In Sagñay, Camarines Sur, however, Don Panoy, the town’s disaster risk reduction and management officer, said that they will conduct forced evacuations of those in risky areas on Monday.

While the town celebrates the Feast of St. Andrew Saturday, clearing operations are on-going and will last until Sunday, Panoy told Inquirer.

“Today, we will have a mass information dissemination during the boodle fight as we celebrate the town fiesta,” Panoy said.

He also said that he hopes that the empowerment of women that they were advocating at community development seminars will lead to zero casualties.

In June this year, Panoy told Inquirer that one of the reasons why many residents perished during the onslaught of a low pressure area (that was previously Tropical Depression Usman) on December 2018 was that women did not have a voice in deciding for the family whether or not they should evacuate.

Some 36 Sagñay residents died due to the low-pressure area that lashed Bicol on December 30, 2018.

According to the Philippine Atmospheric, Geophysical, and Astronomical Services Administration (Pagasa), Typhoon Kammuri is “less likely” to intensify into a supertyphoon, but they are not ruling out the possibility.

Bicol will experience moderate to heavy rains and thunderstorms starting Monday, according to Pagasa.

Typhoon Tisoy is expected to be in the vicinity of Lupi, Camarines Sur on Tuesday morning.