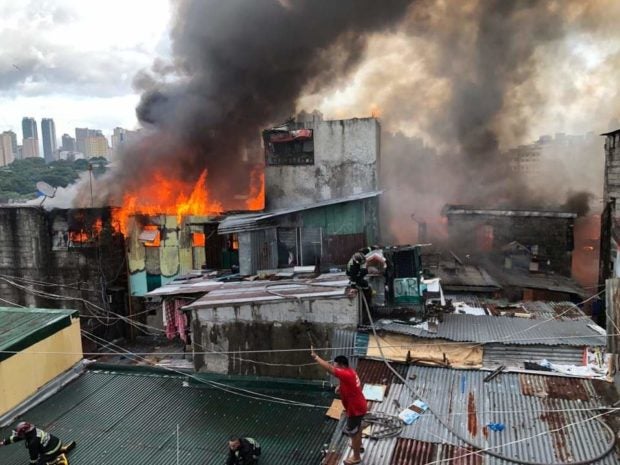 According to BFP-NCR Public Information Office, the blaze started at 3:15 p.m. on Martirez Street in Barangay Addition Hills.

Firemen were still trying to put out the fire as of 5:20 p.m.

The fire was declared under control after almost seven hours. The blaze was completely extinguished at 11:44 p.m.

According to Supt. Christine Cula, Mandaluyong City Fire Marshal, firefighters had difficulty in containing the fire as fire trucks could not enter some streets because of obstructions.

“Nahirapan silang iapula dahil walang madaanan.. Maraming kalat sa kalsada [They had a hard time putting out the blaze because they could not enter some streets. There were obstructions,” Cula told INQUIRER.net in a phone interview.

Arson investigators are still identifying the cause of fire and the cost of damage.