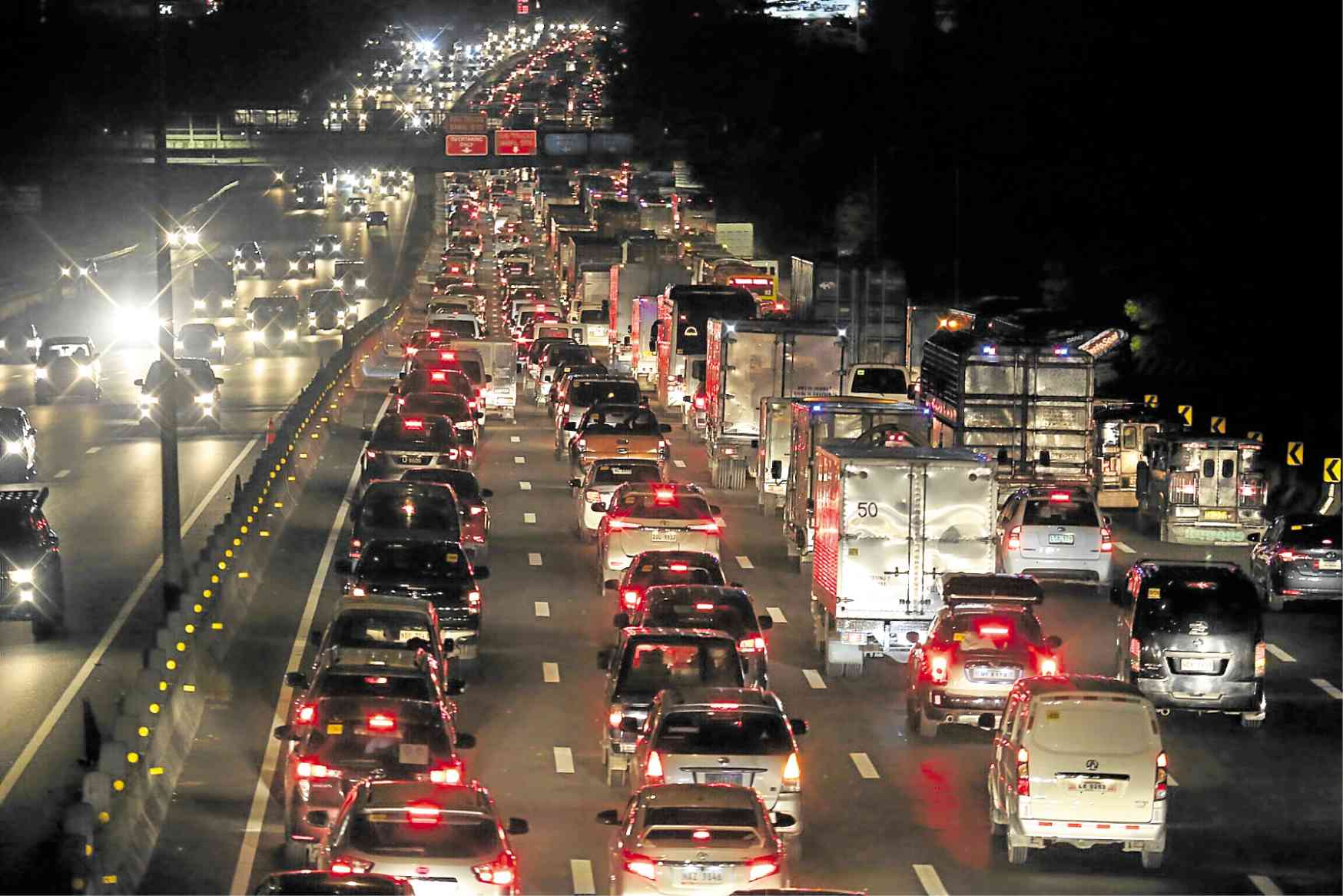 TEMPORARY RELIEF To appease motorists inconvenienced by heavy traffic on SLEx, the expressway operator has been asked to implement a toll cut or suspend its collection. —RICHARD A. REYES

The Laguna provincial government has joined calls for a toll cut on the South Luzon Expressway (SLEx) over worsening traffic in the southern portion of Metro Manila due to the Skyway extension project.

The provincial board approved this week a resolution “urging” the Toll Regulatory Board (TRB) and SLEx operator, San Miguel Corp. (SMC) Tollways, “to make the necessary adjustments” by either lowering the toll or suspending its collection.

The resolution would be submitted to the TRB next week, even as SMC president and chief operating officer Ramon Ang promised the public some relief from the traffic gridlock on the expressway starting on Dec. 1.

SMC Tollways announced that it was ready to reopen the third lane of the Skyway at-grade level and a new two-lane ramp to ease traffic congestion on both the northbound and southbound lanes.

Ang earlier apologized to the public for the inconvenience caused by the Skyway extension project although he rejected lawmakers’ proposals to reduce the toll.

The P10-billion Skyway extension project will connect Skyway up to Susana Heights/Muntinlupa-Cavite Expressway in Muntinlupa City. It is targeted for completion by December 2020.

Laguna board member Ma. Rene Ann Lourdes Matibag said on Thursday that they would leave it to the TRB to determine a “just and reasonable” amount to be deducted from the current rates.

Matibag, who authored the resolution, said an average of 300,000 motorists travel daily from Laguna to Metro Manila via SLEx.

Raymundo Junia, the private sector representative in the TRB, had recommended at least a P44 toll cut, based on his computation of the average fee being collected for the distance between Susana Heights to Sucat in Parañaque City.

In a separate interview, Junia said his proposal to refund motorists retroactively from Sept. 25 was still up for deliberations.