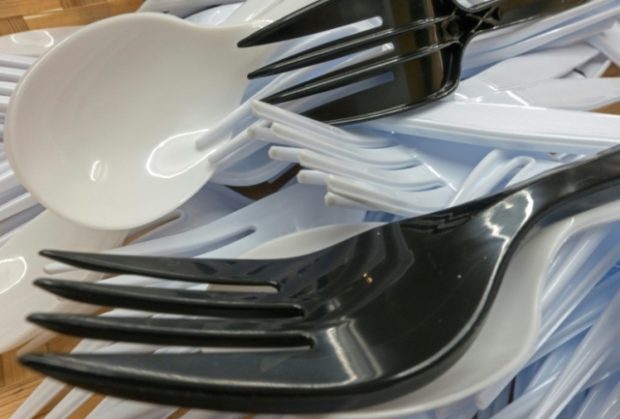 The new law will make it illegal to sell plastic plates, cups, cutlery, drink stirrers, straws and cotton buds, among similar items. 72 lawmakers voted in favor of the waste management bill, 30 against and 32 abstained.

“Our goal is to motivate people to separate waste, and (for) manufacturers to produce recyclable products,” Environment minister Laszlo Solymos told reporters after the vote.

Waste management experts believe the law will trigger a boom in the use of biodegradable packaging.

“We expect the new law to result in a greater use of more sustainable alternatives from renewable sources — wood, paper or bioplastics in the everyday life,” Katarina Kretter, a spokeswoman for private recycling company ENVI-PAK, told Agence France-Presse.

Earlier this year, the EU and the European parliament voted to ban from 2021 single-use plastics such as straws, cutlery and cotton buds.

The European Commission estimates some 70% of plastic waste clogs the world’s oceans, killing a range of species from turtles, seals, whales and seabirds to fish and shellfish.

Scientists warn that, as plastic slowly breaks down, the micro-particles enter food chains and end up being consumed by humans, with studies showing toxic traces in the waste of people in Europe and Asia. RGA