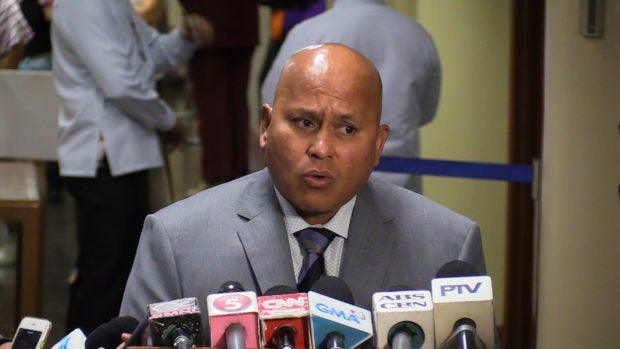 MANILA, Philippines — Sen.Ronald “Bato” dela Rosa has urged critics of the drug war to “stop fooling” Filipinos that the government’s drug war was a failure.

Dela Rosa, who was the Philippine National Police chief when President Rodrigo Duterte launched the drug war in 2016, asked if critics were using the standards of Europe or the United States in rating the anti-drug campaign.

As far as Filipino standard is concerned, 82 percent are satisfied with the war on drugs as reported by a survey of the Social Weather Stations for the second quarter of 2019, said Dela Rosa.

“Let us stop fooling the people. Others want to fool the people that the drug war is a failure. What is your standard of failure?” Dela Rosa, speaking in Filipino, said during the program of the Dangerous Drugs Board for the Drug Abuse Prevention and Control Week 2019 held in Quezon City on Monday.

“Why is that the people gave an approval rating of 82 percent [in the war on drugs]? So let’s not fool the people. Let us give them the real numbers,” the former PNP chief said.

“With all honesty,” Dela Rosa admitted, the drug war “is not perfect,” but he  was also quick to defend that no country had perfected efforts to sweep their land of the ills of drugs.

He also accused “detractors” of portraying the police as killers, amid the deaths of drug suspects in the streets for allegedly putting up a fight with authorities.

He then called on anti-illegal drug operatives to show to the public that they are “godly” and “humane.”

During his speech, Dela Rosa also enjoined local government units to cooperate in the nationwide campaign.