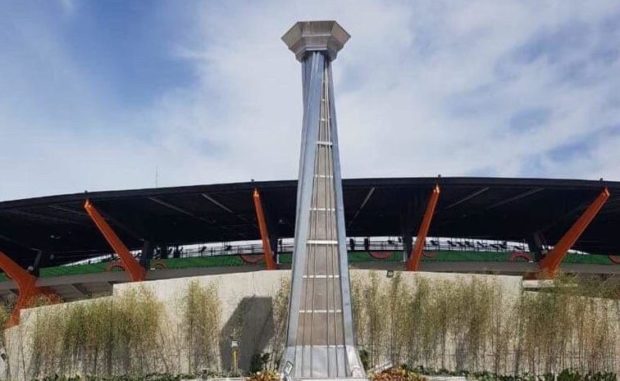 BUSAN, South Korea — President Rodrigo Duterte wants an investigation of the 2019 Southeast Asian (SEA) Games mess, including the allegations of “incompetence and corruption” thrown at its organizing committee, which is headed by House Speaker Alan Peter Cayetano.

“He will order an investigation on allegations of incompetence and corruption,” presidential spokesperson Salvador Panelo, speaking partly in Filipino, said in an interview in this port city late Tuesday.

Asked if the probe would cover Cayetano who chairs the Philippine Southeast Asian Games Organizing Committee (Phisgoc) Foundation Inc., as well as the controversial P50-million stadium cauldron, Panelo, who is also the chief presidential legal counsel, answered in the affirmative.

“Maybe all that will be covered by the probe because when you investigate a particular body that’s included,” he said.

His remark on Tuesday was contrary to his pronouncement on Monday that the Palace would not seek accountability for the glitches since Phisgoc had already apologized for the delays in transportation and the accommodation of athletes competing at the regional sports meet.

Panelo also clarified that Duterte was not that angry but was “displeased” over the reported complaints on the handling of the SEA Games.

“Let’s put it this way, the President is not pleased [with] what he’s been hearing about certain snafus, certain delays, certain allegations of athletes not being fed properly, athletes arriving late or not on time delivered to their places of rest or residence,” Panelo said.

“He’s displeased. He doesn’t want this. There were allegations of fraud coming out in the papers. He doesn’t like that too,” he continued.

He said the investigation could happen during the SEA Games, which takes place from Nov. 30 to Dec. 11.