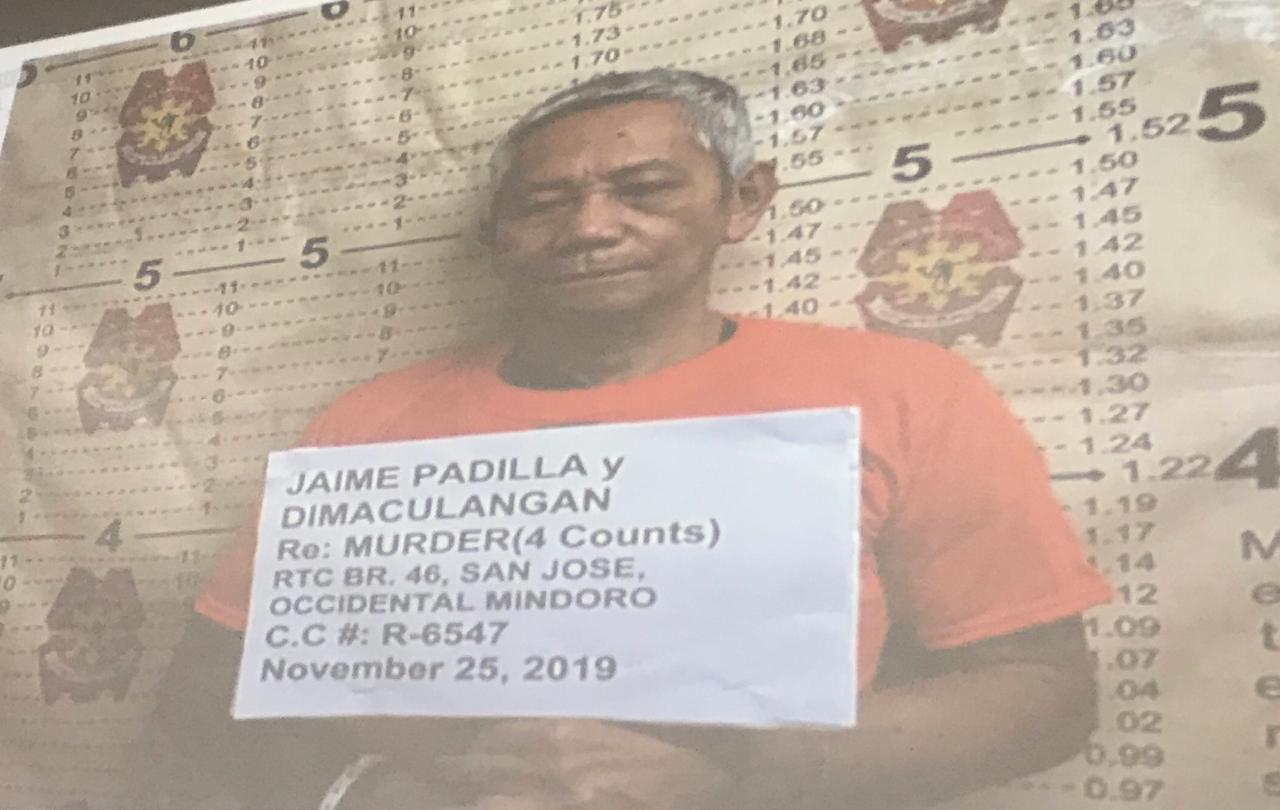 Jaime Padilla, an alleged leader of the New People’s Army, stands in front of a camera for a mugshot following his arrest for charges of multiple murder in San Juan City on Monday, November 25, 2019. (Photo from NCRPO)

In a statement sent to the Inquirer Tuesday, NDF-Southern Tagalog said it “strongly condemns” the arrest of Jaime Padilla and three other companions in San Juan City, Manila.

The National Capital Region Police Office on Tuesday confirmed Padilla’s arrest on Monday evening at the Cardinal Santos Medical Center, where the NPA leader was supposedly confined due to hypertension.

The NDF described Padilla’s arrest as a “desperate attempt” by the state forces against the armed revolutionary movement.

In a separate statement, human rights group Karapatan said Padilla, in his 60s, should be considered “hors de combat” given his age and health condition.

The group also called for vigilance to ensure that Padilla undergoes “correct (legal) processes” and ensure his safety while in government custody.

Karapatan and other militant groups said they would hold an indignation rally at the national police headquarters in Camp Crame on Tuesday./lzb