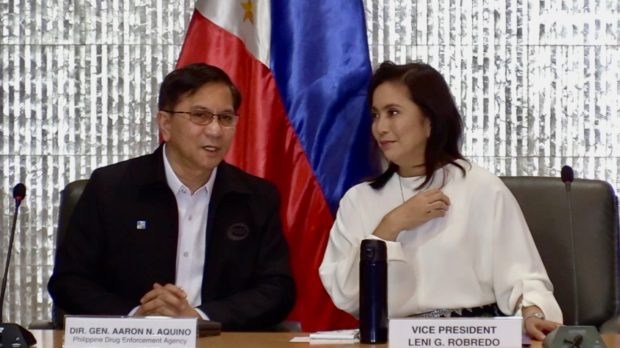 “I am personally encouraging Vice President Leni Robredo to make her revelations on what she claims as her ‘discoveries’ on the government’s drug war. I believe that whatever revelations she have would help us in improving and furthering the anti-illegal drug campaign,” Aquino said in a statement.

This was in response to the earlier pledge of Robredo on Monday that she will give a “report” to the public and will announce what she had “uncovered” when she led the Inter-Agency Committee on Anti-Illegal Drugs (ICAD) for less than a month, as well as her recommendations.

Robredo said this a day after she was sacked as co-chairperson of ICAD by President Rodrigo Duterte over her taunt to just tell her plainly if the administration does not want her holding the position.

As then co-chair of ICAD, Robredo shared the same position of Aquino in the committee.

Previously, Aquino raised doubts on Robredo’s request to obtain a list of high-value drug targets, saying it is not included in their mandate in the panel. While he maintained he would not give a list to Robredo, he later said he would show it to her in a closed-door meeting.