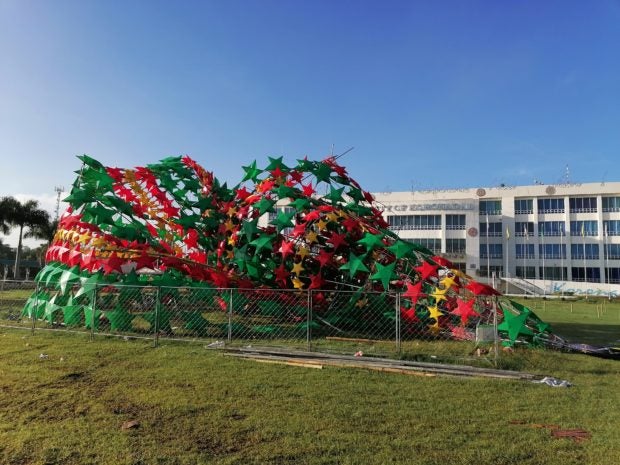 The 120-feet Christmas tree reportedly costing almost P800,000 was built to be the city government’s centerpiece attraction during the holiday season.

But strong winds swept the city on Saturday afternoon, knocking down the Christmas tree already adorned with lanterns.

The city government has yet to issue an official statement on the knocked down Christmas tree as of posting.

Mayor Eliordo Ogena, who is on his first term, was out of town when the incident happened.

Some residents who inspected the fallen Christmas tree observed that some of the steel pipes used to construct it were small.

It would have been the tallest Christmas tree in Region 12 had it not been destroyed.