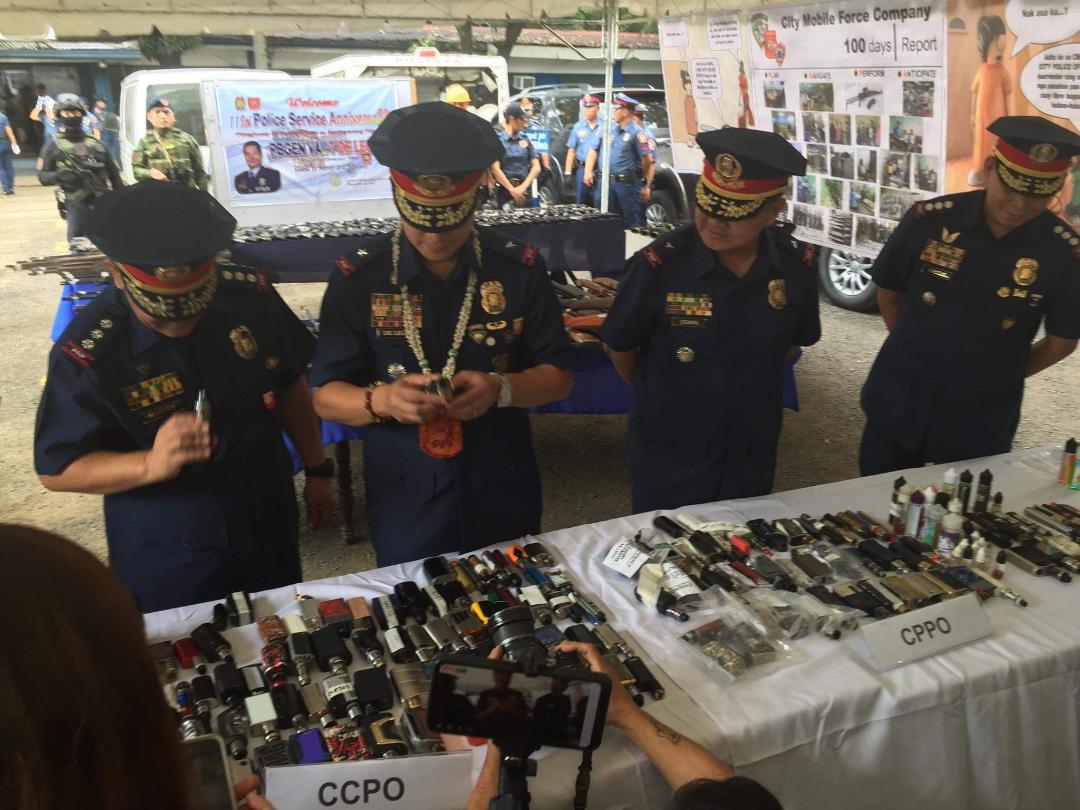 At least 230 vape gadgets have been confiscated in Central Visayas following the crackdown ordered by President Rodrigo Duterte. The items were presented to the media at the Camp Sotero Cabahug on Friday. (DALE ISRAEL/INQUIRER VISAYAS)

CEBU CITY — At least 230 vape gadgets have been confiscated in Central Visayas following the crackdown ordered by President Duterte.

But while the President ordered arrests, no one was detained in the region for vaping in public.

They were only given a warning and were made to sign a document for the confiscated vaping paraphernalia.

De Leon said their confiscation was anchored on Executive Order 26, which prohibits individuals from smoking in public places.

He added that they were re awaiting for further guidance from the higher ups on what to do with the confiscated vape products.

De Leon said there were re no arrests yet and that they were re just confiscating vapes for now to inform the public that it is already banned in public places.

“There is no punitive provision in the order so there will be no arrests,” he said.

De Leon also welcomed the moves of the Cebu City government to draft an ordinance regulating vape usage. He said it would help in the campaign against vaping in public places.

Of the 230 confiscated vape gadgets in the region, 95 came from Cebu City, while 30 items were gathered in Lapu-Lapu City. Seven were also confiscated in Mandaue City.

In the outlying towns of Cebu province, at least 74 vape gadgets were confiscated.

A total of 20 vape gadgets were also confiscated in Bohol province while four were taken in Negros Oriental. /lzb