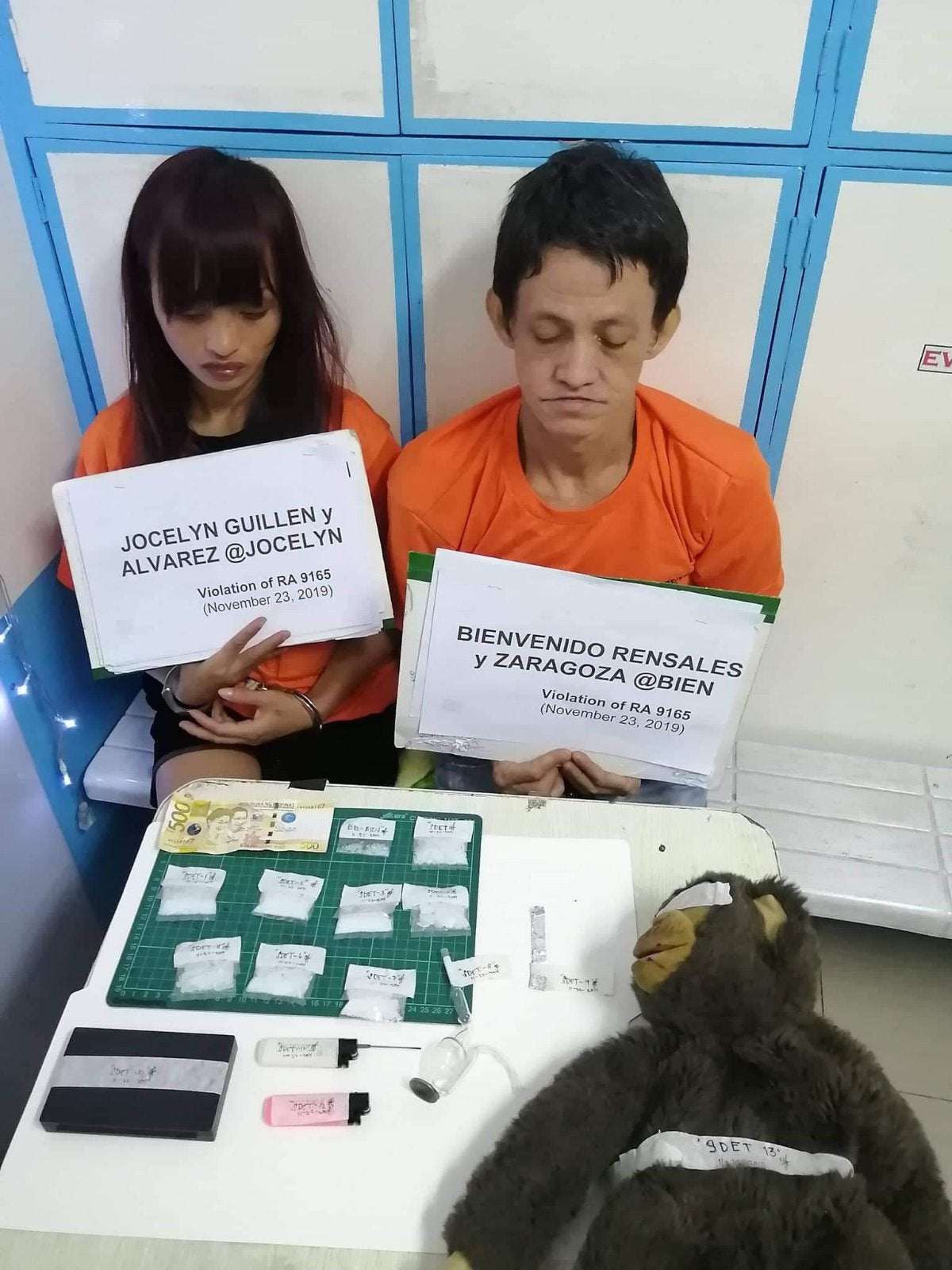 Arrested in the bust was  Bienvenido Rensales, 52, alias Bien. Operatives conducted the bust inside the suspect’s house along Barangay 148, Zone 16 at 1 a.m.

Rensales was arrested after passing the shabu to an undercover police officer. Jocelyn Guillen, 26, Rensales’ cohort was also arrested during the sting.

Staff Sergeant Scott Arcilla, investigator on the case, said in a text message that the P275,400 worth of shabu was stashed inside a brown stuffed toy bag. Also seized from the suspects were two disposable lighters, the P500 marked cash used in the bust, and a digital weighing scale.

The arrested suspects and the seized evidence are now in the custody of the Pasay City police. Charges for violation of the Comprehensive Dangerous Drugs Act of 2002 are now being readied against the suspects.