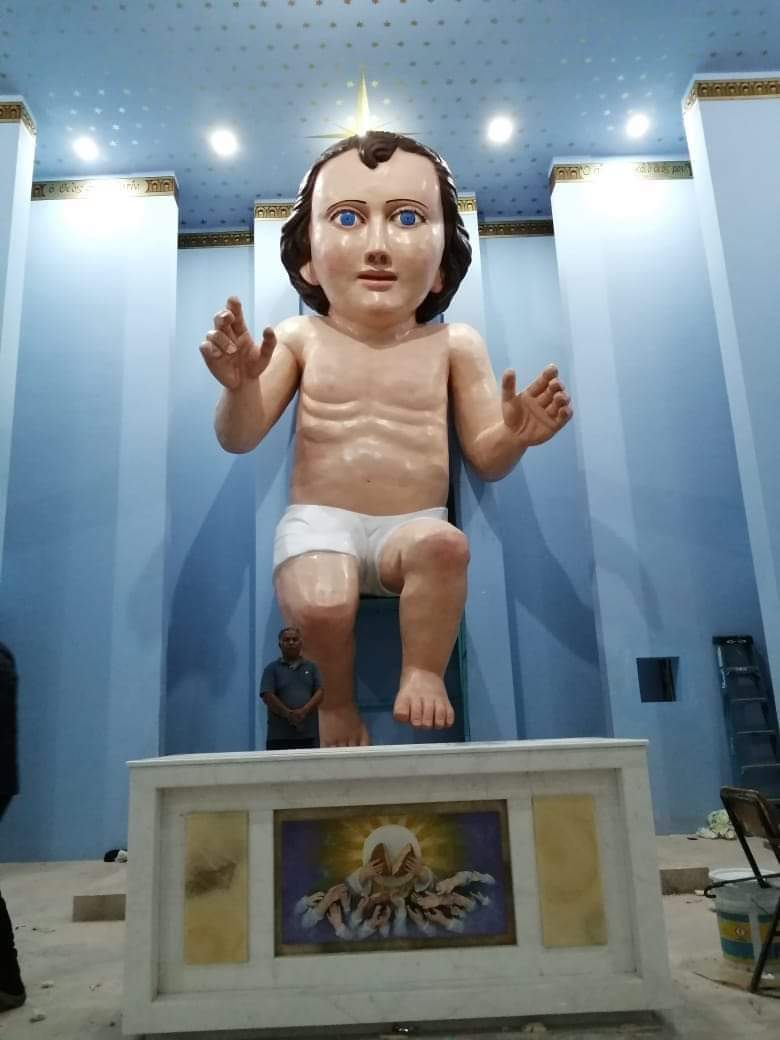 MEXICO CITY  — An enormous statue of the Baby Jesus created by a church in rural Mexico has launched a series of internet memes in the Roman Catholic country.

The Zoquite parish church in Zacatecas state says it wanted to draw attention to the traditional statue and simply ordered a figure about the size of its main hall, or nave.

But at just over 21 feet (6.5 meters) tall, the diaper-clad baby figure looks so large in a video posted on the church website that it appears able to step on the humans around it.

Others noted the blue-eyed baby looks a lot like actor Nicolas Cage, or musician Phil Collins.

While Baby Jesus figures are traditionally used in creche displays in the United States largely around Christmas, in many countries the figures are displayed all year.

What might the urgent theological conversation be among guests attending our @GlassDoorLondon night shelter this evening that needed the Vicar's input? Why, the statue of Jesus in Mexico that looks like Phil Collins of course! #christchurcheastsheen #PhilCollins pic.twitter.com/2LxcBaU03h