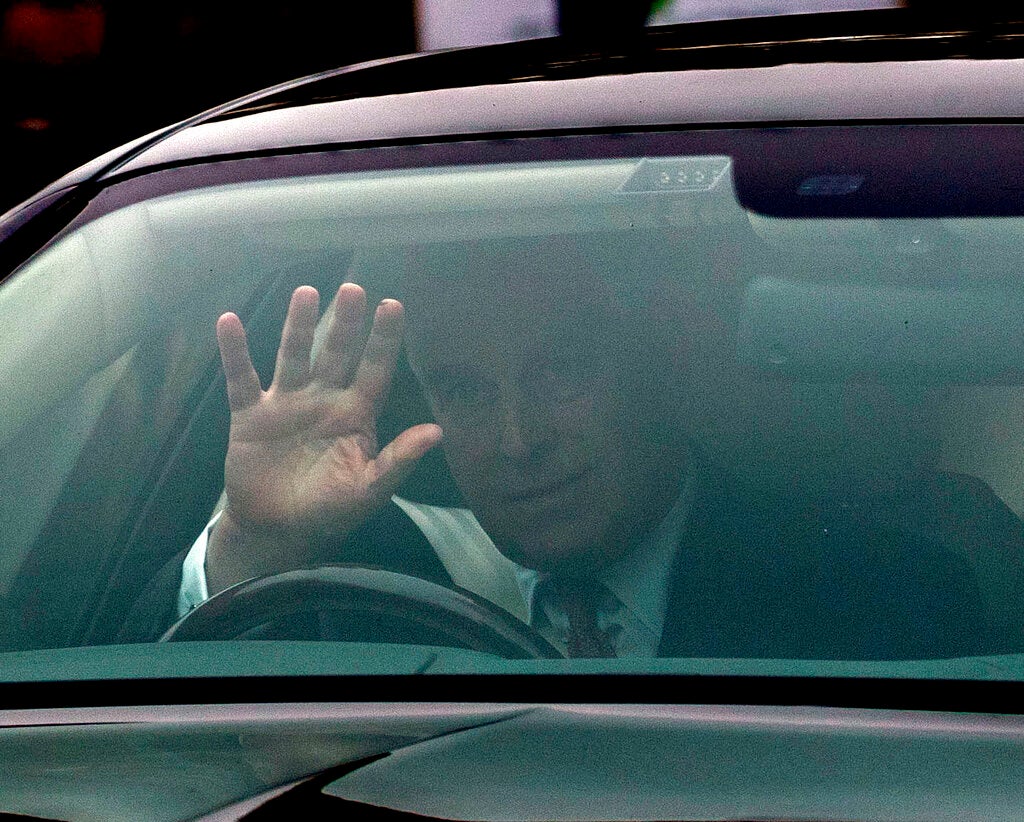 LONDON — Prince Andrew is scaling back travel and facing an uncertain future as he steps away from the royal role he has embraced for his entire adult life.

The latest blow came Friday afternoon when the board of the Royal Philharmonic Orchestra announced that it was cutting ties to Andrew, who had been its patron, and Barclays said it would no longer be involved with Andrew’s prized [email protected] enterprise.

The 59-year-old prince has suffered numerous setbacks in the six days since the broadcast of a disastrous TV interview from Buckingham Palace during which he defended his friendship with convicted sex offender Jeffrey Epstein. Epstein, who was facing new sex crimes charges, died in a New York prison in August in what the New York City medical examiner ruled was a suicide.

The Times newspaper said in an editorial Friday that the debacle demonstrates the need for “urgent reform” of the royal household. The paper urged Andrew’s older brother and heir to the throne, Prince Charles, to take steps to streamline and make the royal family “more modest.”

The disgraced prince scuttled plans for a trip to Bahrain that had been planned to support his [email protected] project, according to the British news media, even though he is struggling to keep that enterprise going despite cutting ties to dozens of other charities.

Those hopes suffered a setback Friday evening when one of the charity’s official corporate sponsors said it would no longer participate “in light of the current situation.”

Andrew did go horseback riding with his mother, 93-year-old Queen Elizabeth II, near Windsor Castle on Friday afternoon despite the harsh November weather. The monarch has not commented publicly on her son’s troubles.

There was a visceral public backlash to his TV interview — particularly because Andrew did not express sympathy for Epstein’s young female victims — that led leading British politicians to comment on the future of the monarchy in a televised debate ahead of the Dec. 12 national election.

Shortly after the interview, Andrew announced that he was halting his royal duties “for the foreseeable future.”

Up until now, Andrew, the queen’s third child, had been able to skate away from troublesome questions about his private life and his extravagant lifestyle. His association with Epstein had been known for more than eight years, but it only took him down after he went on TV to discuss it.

Andrew is trying to find a way to keep alive at least one of his projects without relying on the prestige — and real estate — of the royal family.

Buckingham Palace officials said Andrew would try to maintain [email protected] as a non-royal charity that eventually would not be centered at any of the royal palaces. The prince founded the project in 2014 to link up young entrepreneurs with established businesspeople. In the past, ideas and product pitches for the program have taken place at St. James’ Palace.

According to its website, [email protected] has helped 931 start-up businesses and created nearly 6,000 new jobs. It boasts a 97% survival rate for new companies started by its alumni.

Andrew was expected to remove himself from the many other charities with which he’s been involved over the years, a diverse group that sheds light on his interests and reflects the varied demands made on a senior royal.

Among them have been the Army Officers’ Golfing Society, which promotes golf in the British Army, and the Maimonides Interfaith Foundation, which is devoted to the use of art and dialogue to improve relations between Jews, Muslims and Christians.

The prince also was involved with a group fighting malaria and a charity helping deaf children throughout the Commonwealth, which includes Britain and many of its former colonies.

The Falklands War veteran also was expected to drop his ceremonial role with many military units. In addition, he has resigned as patron of The Outward Bound Trust, an educational charity that helps young people have adventures in the wild, which he had been involved with for decades, and was to step down as chancellor of Huddersfield University, officials said.

Despite these many embarrassments and the dramatic drop in his work responsibilities, Andrew was not expected to face money pressures, although the details of his financial picture have not been made public.

He has long received financial backing from the queen’s private accounts and there was no indication that this would change. He was likely, however, to close or severely downsize his well-staffed personal office at Buckingham Palace.

When he served as Britain’s international trade envoy, Andrew relied extensively on public funding and was criticized for his deluxe travel style when going overseas on official business. He left that role in 2011, in part because questions were already being asked about his relationship with Epstein, who had already been convicted of sex offenses.