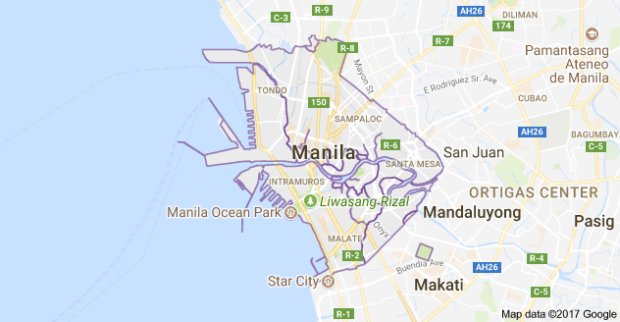 MANILA, Philippines — The Philippine National Police – Criminal Investigation and Detection Group (PNP-CIDG) said Friday it has rescued an activist from youth group Anakbayan after her mother sought assistance from the police.

The CIDG said it “rescued” Lorevie Caalaman, 19, from the militant organization, which the police unit described as a “front organization” of the Communist Party of the Philippines (CPP) in its report.

According to police, the operation was carried out after Lorevie’s mother Elvie sought the assistance of authorities. The CIDG said that Lorevie had an exchange of text messages with her mother on Wednesday where she said she “wants to return home” and quit from the organization.

Police said Mrs. Caalaman learned that her daughter, a senior high school graduate of the Polytechnic University of the Philippines, would be joining a protest in front of the Far Eastern University in Manila on Thursday.

“From that information, Mrs. Caalaman saw an opportunity to rescue her daughter,” the police report read.

At about 11:30 a.m., on Thursday, officers of the Major Crimes Investigation Unit of the CIDG and Mrs. Caalaman proceeded to the area to conduct surveillance and monitor the presence of her daughter.

The CIDG said a “rescue operation” was then conducted, which led Lorevie to be reunited with her mother.

Mrs. Caalaman was among the parents who surfaced in a Senate investigation in August who expressed their grievances over the plight of their children who went “missing” after being recruited by leftist groups.

But in an interview with reporters on August 13, Lorevie denied allegations that she was kidnapped. She said she was surprised at her mother’s appearance before the Senate, claiming she was constantly sending messages to her parents and even made periodic visits.

She said that the military could have influenced her mother when it conducted a forum in their barangay about youth organizations.

INQUIRER.net sought comment from Anakbayan but has yet to receive a response as of posting time.