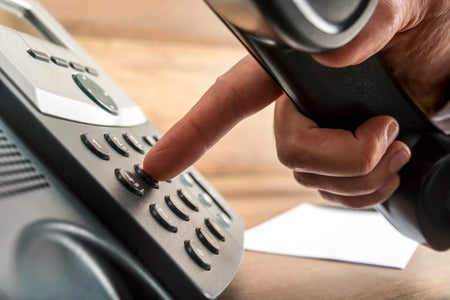 The Children’s Rehabilitation Center (CRC), which described itself as an NGO “providing psychosocial intervention to children [who are] victims of human rights violations,” said it received a phone call at about 3 p.m. Thursday from a woman who introduced herself as a member of the CIDG.

The CRC said the caller was looking for a former staff of the organization. When told that the person she was looking for was no longer connected to the group, the woman then asked about that person’s whereabouts and where the CRC office is located. The caller then hung up when asked how she got the office number, according to the group.

“In a climate where activists and human rights defenders are under attack, such harassment and surveillance against our organizations are alarming and deplorable,” Nikki Aserios, CRC Deputy Director, said in a statement.

She pinned the alleged harassment to the government, which she described as becoming so desperate that even child rights advocates and NGOs are not spared from attacks.

“No one is safe anymore. In its desperation, even service institutions for children are targeted. And ironically, such harassment occurs at a time when we are commemorating Children’s Month and the 30th anniversary of the UN Convention on the Rights of the Child,” said Aserios.

But in a text message to INQUIRER.net, Lt. Col. Mary Grace Madayag, CIDG spokesperson, expressed doubts that an officer from the investigation unit would make such call.

“I do not think somebody from our office would do that. For what purpose? And the information is vague. How sure are they that the caller was really from CIDG?” she said.

She said that the CIDG may check if the caller was indeed from the police unit if the group had given the name of the caller.

Further, Madayag explained that the CIDG is constantly upgrading the capability of its personnel by providing gender and conflict sensitivity training that incorporates child protection principles.

“This is in partnership with the OPAPP [Office of the Presidential Adviser on the Peace Process] Gender Focal Point,” said Madayag.