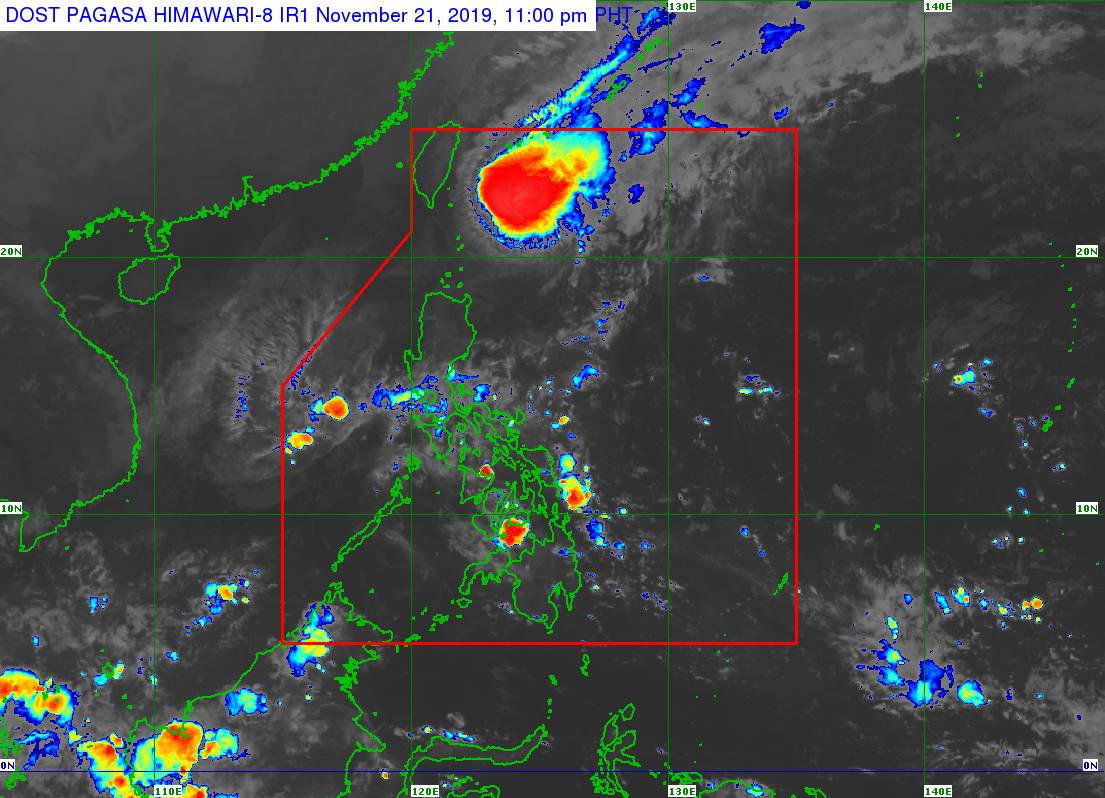 “Sarah” (international name: Fung-wong) has strengthened into a severe tropical storm Thursday and will continue to bring gusty conditions over Northern Luzon as it exits on Saturday, the Philippine Atmospheric, Geophysical and Astronomical Services Administration (Pagasa) said.

As of 4 p.m. on Thursday, Sarah’s center was estimated at 255 kilometers east of Basco, Batanes, packing maximum sustained winds of 110 kilometers per hour near the center and gustiness of up to 135 kph.

Pagasa said Sarah and the low pressure area earlier known as Typhoon “Ramon” will continue to bring cloudy skies with scattered rain showers and thunderstorms over Cagayan Valley, Cordillera Administrative Region, Ilocos Region, and the provinces of Zambales and Bataan. Intermittent rains are still expected over Batanes province on Friday.

At the Ninoy Aquino International Airport, four flights to and from Cagayan Valley region were canceled on Thursday due to bad weather brought about by Sarah.

Canceled were two Cebu Pacific flights to Tuguegarao, Cagayan, and Cauayan City, Isabela, along with their return trips.

The National Grid Corporation of the Philippines (NGCP) said it still anticipated possible damage due to Sarah after it had fully restored the transmission facilities adversely affected by Ramon.

In a bulletin, the NGCP said transmission services at the Luzon grid are now back to normal after the 69-kilovolt Nagapit-Sta. Ana line in Cagayan province  was restored on Wednesday.

Heavy rainfall brought by Sarah triggered flooding that  inundated seven bridges and some 100 hectares of farms in Isabela province.

Ilagan City Mayor Josemarie Diaz suspended classes in all levels on Thursday due to flooding.

In Apayao province, the body of Jesmar Bandong was recovered in a river in Barangay Buluan in Conner town on Thursday, the Municipal Disaster Risk Reduction and Management Office said.

Rain-induced landslides and soil erosion hit a section  of Claveria-Calanasan-Kabugao road, making it impassable to motorists. The typhoon also forced some 11,700 people or 3,800 families in north Luzon to evacuate their flood-hit villages, Conner officials said.

In Cagayan province, Gov. Manuel Mamba said most of the evacuees in 20 towns had returned to their homes on Thursday after Ramon weakened into a low pressure area.