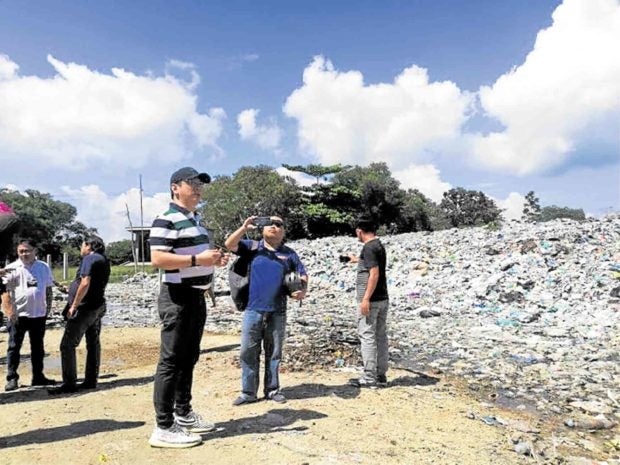 CLOSURE Environment Undersecretary Benny Antiporda (third from left) inspects the Tagbilaran City dump in Barangay Dampas,which has been closed by the Department of Environment and Natural Resources. —LEO UDTOHAN

TAGBILARAN CITY—The Department of Environment and Natural Resources (DENR) on Wednesday ordered the closure of this city’s dump, saying the operation of the 2.6-hectare facility in Barangay Dampas violated the law banning open dumps in the country.

“It is an opportunity for all of us to really plan to move and do our best as residents of Tagbilaran,” Torremocha said.

Antiporda said solid waste dumped in the city’s materials recovery facility were not segregated, “indicative of the city’s failure to implement segregation at source.”

He, however, clarified that the closure of the Tagbilaran dump would be temporary to avoid a garbage crisis in Bohol provincial capital.

Antiporda also assured that the DENR would provide technical assistance to the city government should it seek help on solving its garbage problem.

“Funds are ready for the rehabilitation of the dump,” he said.

Antiporda asked the local government to look for other sites where the city’s garbage would be dumped, such as the clustered facility in Alburquerque town.

Tagbilaran generates at least 60 tons of garbage daily from the city’s 105,051 households.

Tagbilaran Mayor Baba Yap on Wednesday met with the city’s 15 barangay chairs to discuss the impact of the dump’s closure.