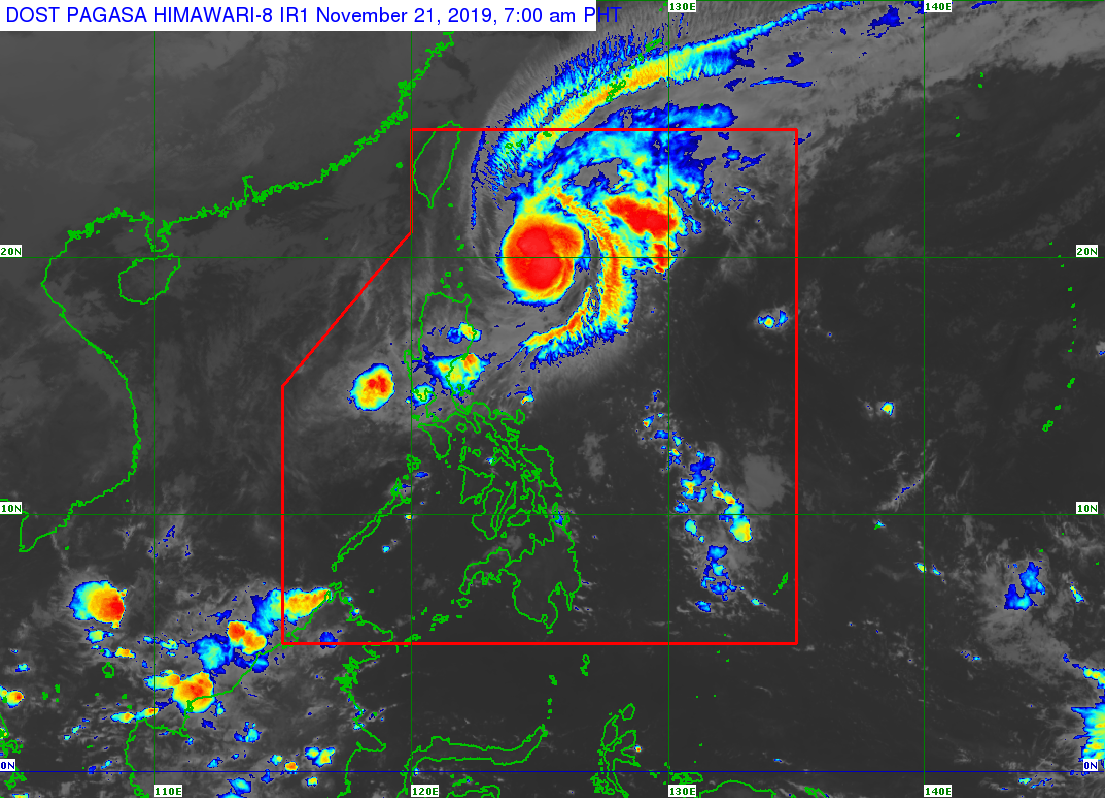 Sarah also packed maximum sustained winds of 95 kilometers per hour (kph) near the center, and gustiness of up to 115 kph.

Pagasa said that due to changes in the forecast track of Sarah, it has lifted Tropical Cyclone Wind Signal (TCWS) No. 1 which was earlier hoisted over mainland Cagayan.

Should such changes continue, TCWS No.1 hoisted over Batanes and Babuyan Islands may also be lifted, Pagasa added.

Meanwhile, the low-pressure area (LPA) that was previously Tropical Depression Ramon was spotted at 110 kilometers west of Subic, Zambales.

Both Sarah and the LPA will bring light to moderate with isolated heavy rain showers over Isabela, Cagayan (especially on the eastern section), Aurora, northern Quezon, Metro Manila and most of Central Luzon, the state weather bureau said.