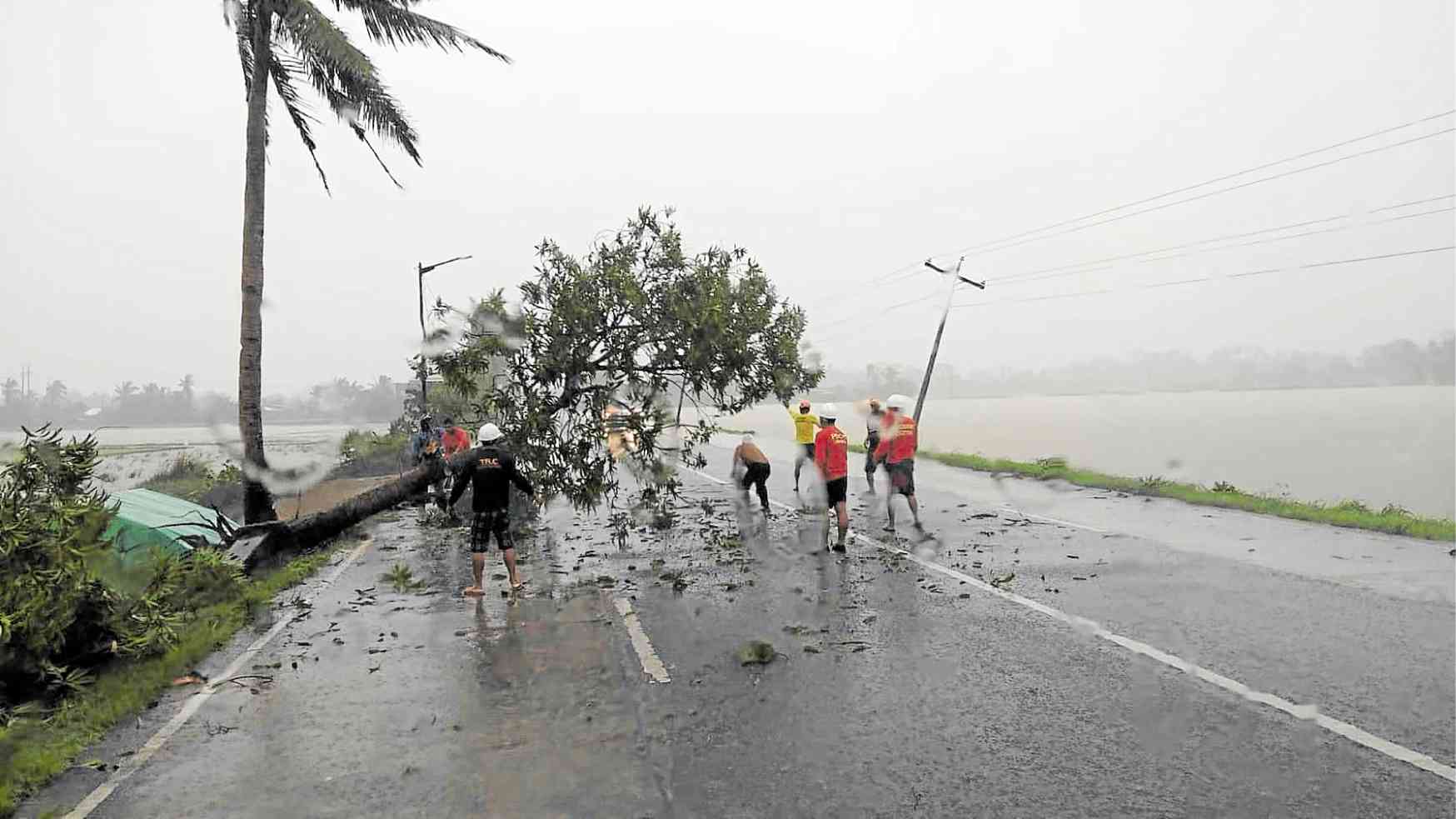 As of Wednesday afternoon, tropical cyclone wind signal No. 1 was raised over Batanes and the northeastern portion of Cagayan, particularly over the towns of Gattaran, Lal-lo, Buguey, Gonzaga, Sta. Ana, Calayan, including Babuyan Islands, due to Sarah.

As of 4 p.m. Thursday, the center of the tropical storm was estimated at 540 kilometers east of Tuguegarao City, Cagayan. It packed maximum sustained winds of up to 65 km per hour near the center and gustiness of up to 80 kph.

Sarah has slightly accelerated, moving north northwestward at 30 kph. If it maintains its speed and track, it is forecast to exit the Philippine area of responsibility by Saturday afternoon.

At least seven roads and four bridges in the towns of Santa Ana, Baggao, Allacapan, Peñablanca were submerged in flood spawned by continuous rain, Sending told the Inquirer.

Pagasa said cloudy skies with scattered rainshowers and thunderstorms would prevail over the Ilocos, Cordillera, Central Luzon and the rest of Cagayan Valley.