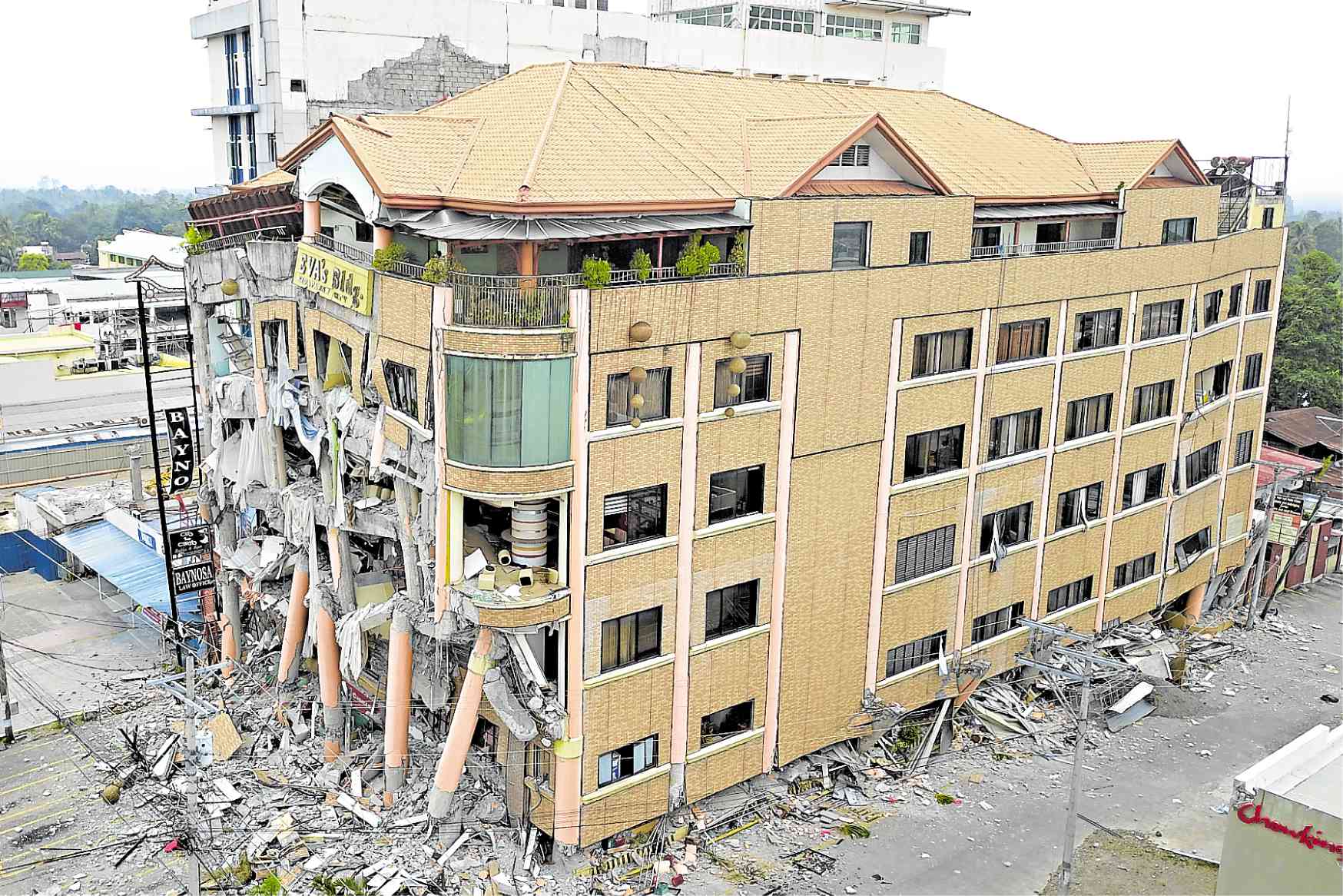 KIDAPAWAN CITY – THE city government has prepared funds in case the task of demolishing the six-story Eva’s Hotel here, which was heavily damaged by a 6.5-magnitude earthquake that hit Cotabato province on Oct. 31, falls on its lap.

The city council, in a special session on Tuesday, approved the request of Mayor Joseph Evangelista to use part of the city’s P7.8-million calamity fund to bankroll the demolition.

Evangelista said the building must be demolished soon so commercial activity would return and the rehabilitation of damaged structures within two blocks of the city’s business district could be started.

Local officials feared that the hotel building would collapse and destroy structures around it should another strong earthquake strike the city.

Establishments near the hotel are not allowed to operate, pending the demolition of the building. Two lanes of the national highway fronting the hotel had been closed for safety reasons.

A contractor that the city government is planning to tap is charging P5 million to demolish the building. Evangelista asked the council for an initial P2 million as mobilization fund.

Eva’s Hotel is among the 27 commercial establishments severely damaged in the city during the Oct. 31 earthquake.  The Office of the Building Official had declared the building unsafe and had recommended its demolition.

Evangelista clarified that the city government would step in only if the hotel owner would fail to demolish the building.

The owners asked the city government for a 15-day extension to give them more time to negotiate with a private contractor to conduct the demolition and to process the insurance coverage of the building. The extension lapses on Dec. 3.

“The city government will do the demolition, find a contractor, bid it out then pay, afterwhich the (hotel) management is given 30 days to reimburse all the expenses, including all miscellaneous costs and interests,” Evangelista said.

But Councilor Lauro Taynan Jr., questioned the mayor’s decision and the availability of funds for the building’s demolition. “I thought the calamity fund had been depleted in the first and second declarations of the state of calamity?” he said.

Taynan said the hotel management’s move to ask for extension showed it was willing to demolish the building.