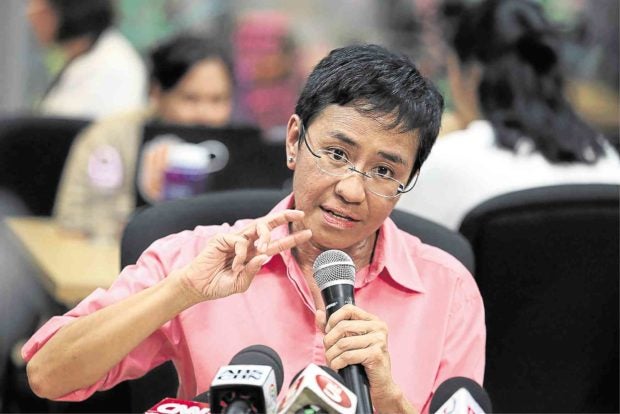 “The evidence for the prosecution is competent and sufficient to sustain the indictment for violation of Section 4 (C) (4) [Cyber libel] of Republic Act No. 10175 [Cybercrime Prevention Act] against all the accused,” the court said.

The court said the arguments raised by Rappler is best threshed out in a full-blown trial.

The presentation of evidence beginning with the defense will start on December 6.

The subject of the cyber libel case was written by Santos in May 2012 claiming that businessman Keng lent his sports utility vehicle to then Chief Justice Renato Corona.

Apart from this, the story also cited an intelligence report that said Keng had been under surveillance by the National Security Council for alleged involvement in human trafficking and drug smuggling.

Keng filed the cyber libel complaint stating that the 2012 article was updated and re-posted on February 2014.

Read Next
Motorcycle-tricycle crash kills woman, hurts 3 others in Lucena
EDITORS' PICK
Malls adjust ‘NCR Plus’ operating hours for April 12-30 MECQ
Metro Manila to have shortened curfew hours from 8 p.m. to 5 a.m. under MECQ
Pre-order the new vivo Y20s [G] to get a free TWS earphone
Pru Life UK receives four golden arrows for solid corporate governance
‘NCR Plus’ to be under MECQ starting April 12 until April 30 — Palace
Speed up your game with the new vivo Y20s [G]
MOST READ
Stop ‘creeping occupation’ of ‘militia’ boats in WPS, Pacquiao asks China
Bea Alonzo clarifies status of her relationship with Dominic Roque
Convicted former aide of Sen. Bong Revilla dies — BuCor
Locsin to China: ‘Then move out’
Don't miss out on the latest news and information.