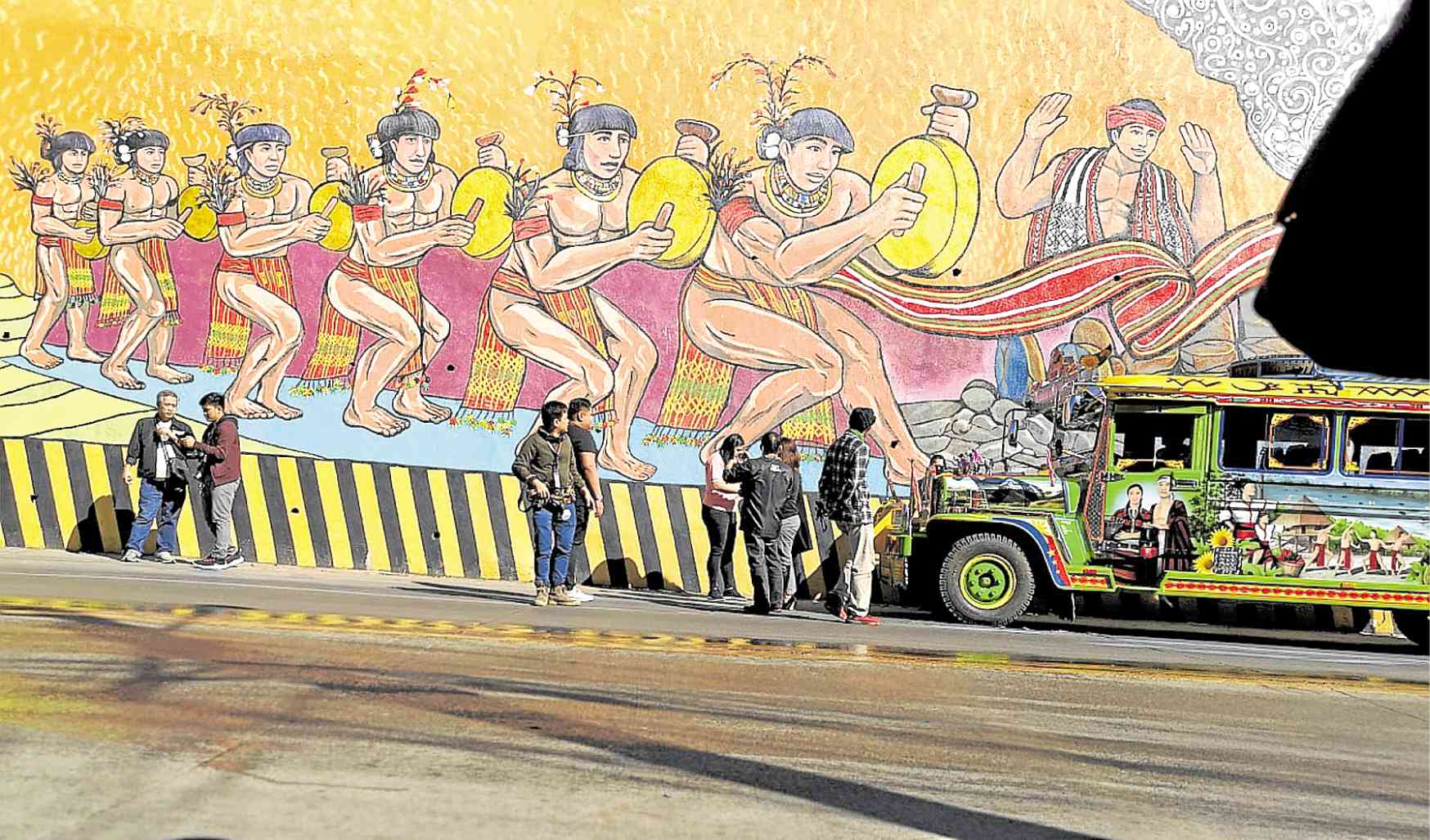 ROADSIDE MURAL A jeepney, tapped by a travel agency to feature artwork on the people and culture of the Cordillera region, brings visitors to “creative centers” in Baguio City, such as this mural along Naguilian Road. —EV ESPIRITU

BAGUIO CITY—Improving the market and the livelihood of Baguio’s community of artists, including craftsmen like woodcarvers and weavers still operating in the underground economy, is the primary task of a newly formed Council for Baguio Creative City (CBCC).

“Legitimizing informal sector artisans is necessary for developing a local creative economy once craftsmen have more access to both private sector and government assistance such as credit, training and representation in the city’s decision-making processes,” said Prof. Raymundo Rovillos, chancellor of the University of the Philippines Baguio, who was appointed CBCC vice chair on Nov. 15.

The UP Baguio faculty and Creative Economy Council of the Philippines helped lobby for Baguio’s selection in 2017 as the first Philippine city to join the Creative Cities Network of the United Nations Educational, Scientific and Cultural Organization (Unesco). This year, Cebu became the second city in the country to join the network for its contributions to design.

Cited for its folk arts and crafts, Baguio is holding its second creative city festival, called Ibagiw, and is hosting the first International Conference on Southeast Asian Crafts and Folk Art this week.

CBCC, to be jointly chaired by Mayor Benjamin Magalong and traditional weaving advocate Adelaida Lim-Perez, would “spearhead the development and implementation of strategic plans and programs on crafts and folk arts in line with Baguio’s commitment to the creative cities network,” according to a statement from the city government.

Apart from curating the most marketable pieces and sharing ideas with 65 other creative cities, CBCC can help gather and consolidate the artists’ profiles, skills and the regulatory and resource limitations confronting the local art community, Rovillos said. The city government has not yet established how many artisans and craftsmen operate in Baguio.

Lim-Perez, founder and president of Habi Foundation, will lead a 12-member council composed of artists representing the local community, weavers, metal craftsmen and woodcarvers. CBCC will be aided by a set of advisers who include Baguio-based National Artists BenCab (Ben Cabrera) and Kidlat Tahimik.

This year’s Ibagiw is being staged at the former Diplomat Hotel, now referred to as the Dominican Heritage Hill and Nature Park, which is being eyed as the city’s official creative hub. Old brick walls of the former hotel were adorned with paintings and crafts. Some of the rooms served as galleries for installation art. 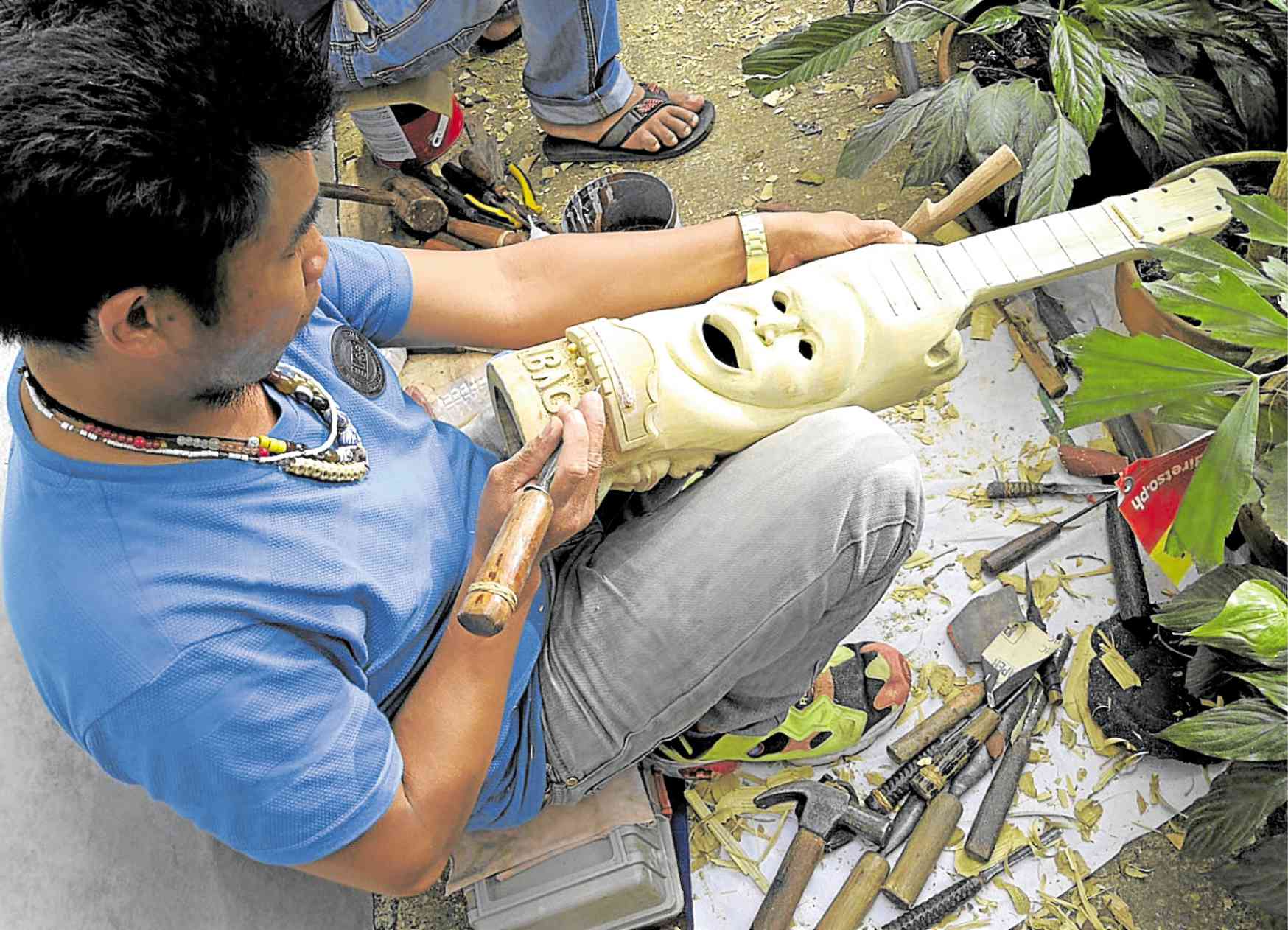 ART COMMUNITY Baguio was selected as the first Philippine city to join Unesco’s Creative Cities Network due to the talent and skill of its community of artists, craftsmen, woodcarvers and weavers. —EV ESPIRITU

A painted jeepney has been ferrying visitors to the Ibagiw galleries and other “centers of creativity” around Baguio and neighboring Benguet towns, including the BenCab Museum in Tuba town and the woodcarving shops along Asin Road.—VINCENT CABREZA