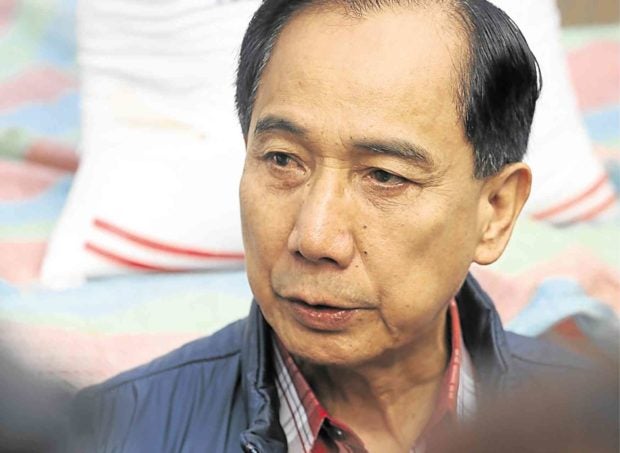 This file photo shows the Department of Agriculture Secretary, William Dar. On Tuesday, November 19, 2019, Dar says DA is investigating its own employees over possible “conspiracy” in the smuggling of agricultural products in the Philippines. INQUIRER FILE/NIÑO JESUS ORBETA

MANILA, Philippines — Agriculture Secretary William Dar admitted Tuesday that his agency is still facing a “huge” problem in smuggling that they are now investigating his own men for their possible involvement in the entry of illegally imported agricultural products in the country.

(There’s a conspiracy there. In the Bureau of Animal Industry, they are conspiring so smuggled items are able to enter. That’s really our problem.)

But Dar neither identified the involved DA employees nor divulged further details about their investigation.

However, according to him, among the agricultural items seized were banned pork and pork products from China that were declared as tomato paste and vermicelli.

The Agriculture chief also admitted that rice is being imported in the Philippines even if traders were not able to secure an import clearance, which is required under the Rice Tariffication Act.

Dar assured that DA will continue to work with the Bureau of Customs to prevent the illegal entry of agricultural products into the country.

newsinfo
Congress canvassing of votes for president, VP to begin May 24
business
Luxe property: A way to build, preserve wealth
newsinfo
House energy committee chair Arroyo bats for cheap electricity
newsinfo
PH detects local transmission of Omicron subvariant BA.2.12.1
pop
Honolulu Café is the cure for your Egg Tarts and Roastings cravings
newsinfo
Petition to reverse Comelec decision on Bongbong Marcos’ DQ case reaches SC
entertainment
Heart Evangelista gets a ‘no’ from Chiz Escudero after asking, ‘Do I deserve a bag?’
May 17, 2022
newsinfo
CebuPac places pilot under disciplinary review after ‘baseless’ post vs Robredo
May 17, 2022
newsinfo
Closure order vs Megaworld Corp halted as firm vows cooperation with BIR – exec
May 17, 2022
newsinfo
Duterte OKs law extending validity of registration, license to carry firearm
May 17, 2022
opinion
Leni and the future of the Pink Movement
May 17, 2022
newsinfo
Marcos on ‘private trip’ to Australia for ‘much-needed rest, vacation’
May 17, 2022