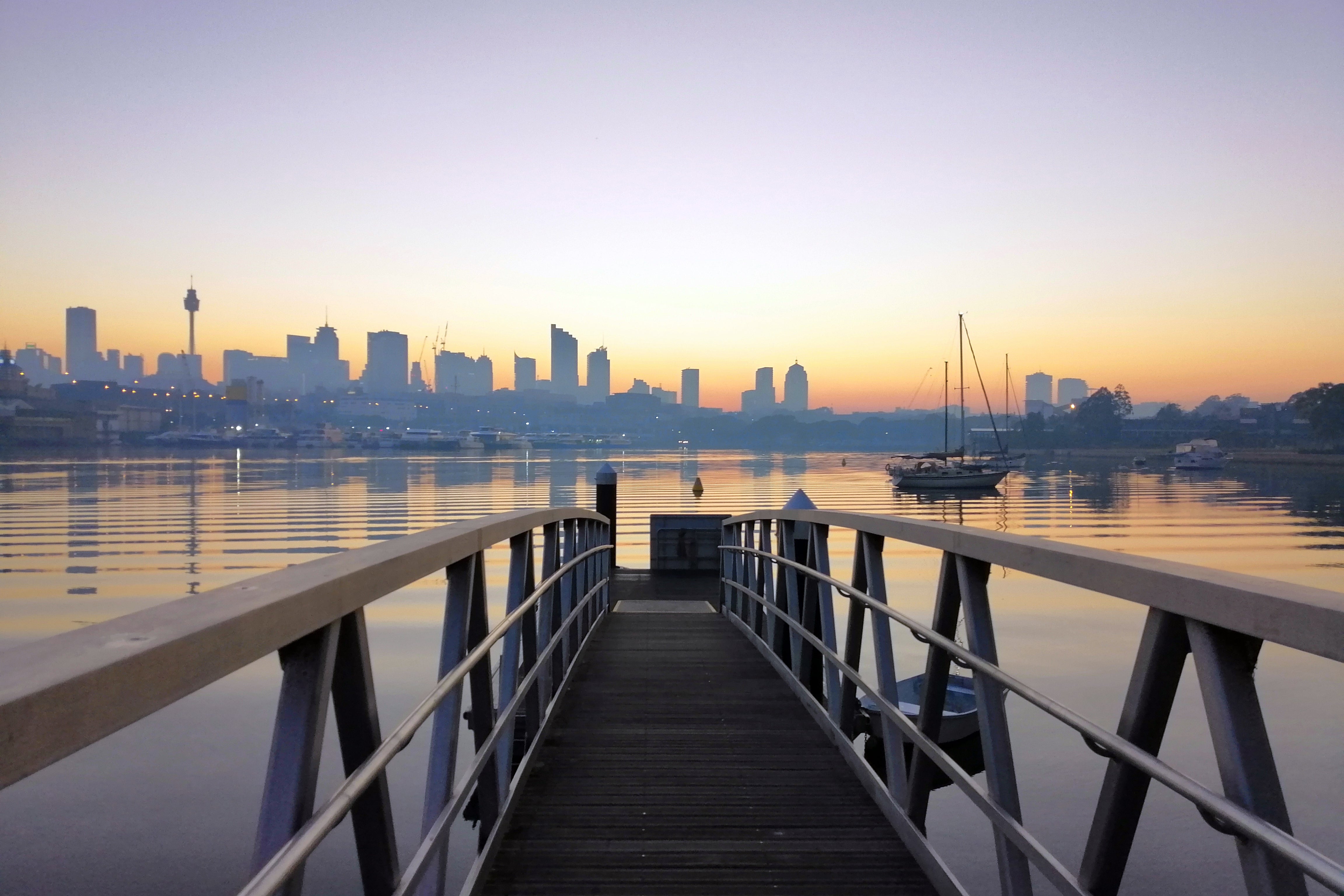 The Sydney skyline seen through the bushfire smoke at dawn on November 19, 2019. – Sydney woke up to a thick blanket of smoke as New South Wales warns residents of the dangers amid severe fire dangers and hot, windy weather. Bushfire-prone Australia has experienced a horrific start to its fire season, which scientists say is beginning earlier and becoming more extreme as a result of climate change, which is raising temperatures and sapping moisture from the environment. (Photo by Esther CHAN / AFP)

Official data showed that pollution had reached “hazardous” levels across Sydney, with the highest readings of PM 2.5 particulates in the city’s northwest reaching 186 parts per million on the air quality index — comparable to Delhi — and residents warned to avoid outdoor exercise.

The usually blue skies of the harbor city turned a miserable grey, with world-famous landmarks the Sydney Opera House and Harbor Bridge dulled against the skyline.

Although the smog had begun to ease under the midday sun, it would increase again on Tuesday evening, the Bureau of Meteorology said.

“Sydney is also known as the ‘big smoke’ and is living up to the nickname today,” the weather forecaster tweeted.

“For most people, smoke causes mild symptoms like sore eyes, nose and throat,” he said.

“However, people with conditions like asthma, emphysema and angina are more likely to be sensitive to the health effects of smoke.”

Much of the smoke is being blown from a huge out-of-control bushfire burning across two national parks that is just 100 kilometers (62 miles) northwest of central Sydney at its closest point.

The blaze, which has been raging for several days, has already burnt through almost 140,000 hectares of bushland.

Six people have been killed and hundreds of homes destroyed in bushfires across New South Wales and Queensland since September, when an unusually early fire season began across drought-stricken regions in the east of the country.

Cooler weather brought some respite for firefighters in recent days, but higher temperatures, gusting winds and low humidity are expected to raise the bushfire threat again on Wednesday.

More than 110 fires are currently burning across Australia’s east, with dozens of the blazes still uncontained.

In South Australia state, a ban on lighting fires is in place ahead of predicted “catastrophic” fire danger on Wednesday, when temperatures are expected to soar to about 40 degrees Celsius (104 degrees Fahrenheit).

Bushfire-prone Australia has experienced a horror start to its fire season, which scientists say is beginning earlier and becoming more extreme as climate change pushes temperatures higher and saps moisture from the environment.

Growing calls to curb fossil fuels and drastically cut greenhouse gas emissions are being ignored by the country’s conservative government, which is eager to protect its lucrative mining industry.